It’s a privilege to die for nation, I’m proud of my son: Col Babu’s father 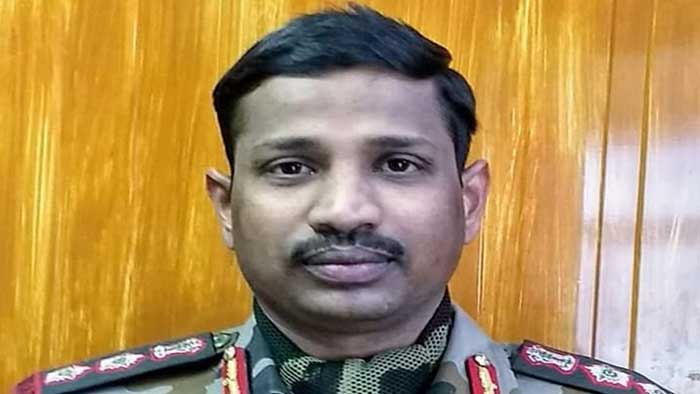 Telangana: Colonel Bikkumalla Santosh Babu (37), who was killed in a clash with Chinese troops in Ladakh’s Galwan valley on Monday night, would have been spending his time with his old parents in Telangana’s Suryapet town by now, had he not been held up due to the Covid-19 pandemic.

“He had been trying for a transfer to Hyderabad for a long time and it was approved in February after he was promoted from Lt Colonel to Colonel in February. But even before the formalities of his transfer were completed, the Centre announced lockdown in the country and he was asked to continue in the Indo-China border at Ladakh till further orders,” his uncle Ganesh Babu said.

The news about Santosh’s death reached his parents – B Upender (63) and Manjula (58) at around 2 pm on Tuesday, leaving them in deep shock. We have been watching the news about clashes between Indian and Chinese troops at the border on television. But since no names were mentioned in the news, we never thought our son would be among the dead. But when I received a call from my daughter-in-law in Delhi, we realised that my son was martyred,” Upender, a retired employee of State Bank of India, told to media.

The Colonel’s family – wife Santoshi, daughter Abhigna (9) and son Anirudh (4) reside in Delhi. “He spoke to me only two days ago and told me he might get relieved in September once the Covid-19 pandemic subsides. But he has left us forever,” Upender said. Santosh’s sister Sruthi, is a homemaker. He had nurtured an ambition since childhood to join the armed forces. “In fact, I wanted to join the Army in my student days, but somehow, the family circumstances did not permit me. I realised my dreams through my son,” he said.

After the primary schooling in Suryapet, Santosh took admission in Sainik School, Korkukonda, under Union Ministry of Defence in Vizianagaram district in Andhra Pradesh, where he studied up to Class 12. Later, he joined the graduation course in National Defence Academy in Pune and then the Indian Military Academy in Dehradun. In 2004, he was commissioned into the 16 Bihar regiment and his first posting was in Jammu. Since then, he had been working on the borders in various locations.

“He was a brilliant guy both in studies and duties. I never expected that he would desert us like this. But I am proud he gave up his life for the country,” Upender said. His mother Manjula was shocked but more composed than her husband. “I am shocked. But I am also feeling proud for my son who laid down his life in service of the country.” The mortal remains of Santosh are expected to be brought to Hyderabad by 9.30 am on Wednesday and would be straightaway taken to Suryapet by afternoon for cremation.