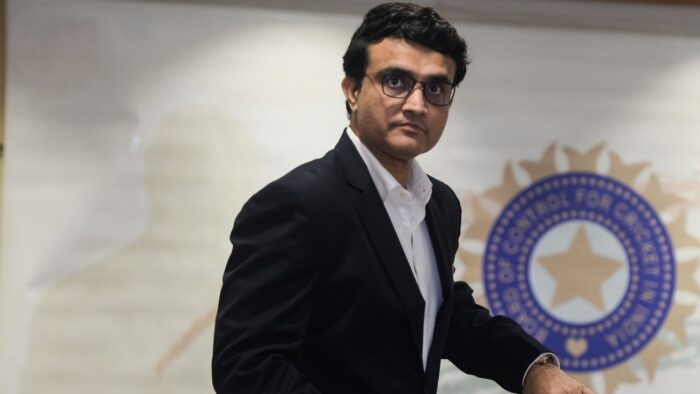 Mumbai: Ever since it emerged that Manohar would not stand for another term after his tenure ends with the ICC annual conference in July, the general perception was ECB chairman Colin Graves was the frontrunner to take charge as the new chairman of the global cricket body. However, with the Covid-19 pandemic stalling world cricket, the BCCI has taken the opportunity to test interests from several Full Members on whether they would support Ganguly.

On Thursday, the former Indian captain got a firm thumbs-up from Cricket South Africa, whose representatives said “strong leadership” was necessary at ICC and Ganguly was “best positioned” to be at helm.

CSA, however, backtracked somewhat* in an official press release issued later in the day, saying it did not want to “anticipate any candidates who may be nominated for this important position”.

In 2016, Manohar became the first independent chairman of the ICC. The position of chairman had come into being in 2014 when N Srinivasan, another former BCCI president, had assumed that position unelected, though.

In 2018, Manohar, the only candidate to file nomination, was re-elected unanimously by the ICC Board. As per the ICC constitution, Manohar is eligible for a third and final term. However, it appears as if he has decided to not take it up. That said, there remains speculation about whether Manohar might extend his term by a few months if asked by the ICC Board as world cricket grapples with the pandemic.

It is understood that the ICC Board is yet to finalise the nomination process after which eligible candidates can pitch their hat in the ring. To be eligible, candidates needs to be a current or past ICC Director (one who attends the ICC Board meetings as a representative of the respective country).

The 15 directors who sit on the ICC Board then are allowed to nominate one candidate. Nominees with two or more votes become eligible to contest the election. As it stands, the elections will happen at the ICC annual conference, which is scheduled tentatively for mid-July.

Ganguly became eligible when he attended his first ICC Board meeting, in late March, via video conference. On May 28, he is once again scheduled to attend the next Board meeting where members would discuss the next step in contingency planning on resumption of cricket.

On Wednesday, Ganguly led the BCCI team along with Jay Shah (BCCI secretary) and Arun Dhumal (treasurer) in their talks with CSA, who were represented by Jacques Faul (acting chief executive) and former South African captain Graeme Smith (Director of Cricket). After the meeting, Smith was unequivocal about his support for Ganguly should the former India captain contest the ICC chairman elections.

Ganguly would be the clear first choice to replace Manohar even among BCCI members. Srinivasan is another eligible candidate, although he doesn’t qualify to be elected as a representative (over 70 years old) under the existing BCCI constitution.

Insiders say even Shah could be nominated as the BCCI’s candidate, although for that he would first need to attend an ICC Board meeting. Anurag Thakur is the other eligible candidate, having attended ICC Board meetings as former BCCI president. However being a minister in the Indian government automatically disqualifies Thakur, the elder brother of Dhumal, as per the ICC constitution.

Ganguly was elected BCCI president last October, but his tenure technically ends in July after which he would need to undergo a three-year cooling off period. The same is applicable to Shah, who was previously an office bearer at the Gujarat Cricket Association. However in his case, it could not be confirmed when his cool-off period would start.

A month after taking charge Ganguly’s administration approached the Supreme Court requesting the constitution be amended and norms concerning an office bearer’s tenure be relaxed. The court is yet to hear the matter.

Neither Ganguly nor the BCCI has made any public comments on whether he would intrested in contesting the ICC chairman’s position. The one person who could be surprised if Ganguly were to enter the fray would be Graves. Last December, the trio of Ganguly, Shah and Dhumal had travelled to London to meet the ECB hierarchy giving the impression that the BCCI would back Graves’ nomination.

“We must respect both the ICC protocol and our own protocol in deciding which candidate to back,” the release said. “There have been no candidates nominated as yet and once such nominations have been made the Board of CSA will take its decision in terms of its own protocol and give the chairman the mandate to exercise his vote as an ICC Board Director accordingly.

“We have the highest regard for the opinions of our Director of Cricket, Graeme Smith, who is a well-respected figure in world cricket and has already made an immense contribution in fulfilling his mandate to make our cricket teams world leaders again.

“At the moment we don’t want to anticipate any candidates who may be nominated for this important position to lead the game we all love.”

Loan moratorium extended by another 3 months up to Agust 31; RBI Governor