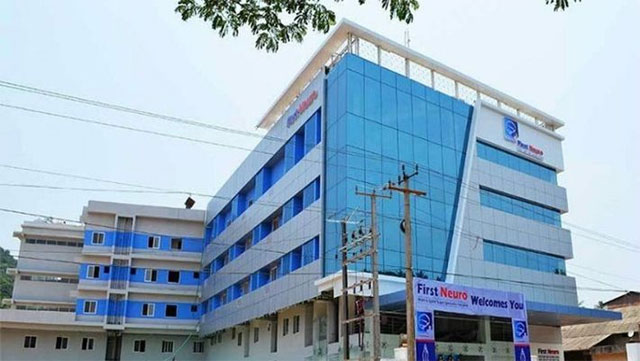 Mangaluru: Research on the origin of the corona infection taking place in coastal districts. First Neuro Hospital in Mangaluru is now a super spreader and has infected more than 50 people.

Yes, coronavirus infection is widespread in Dakshina Kannada and Uttara Kannada districts. First Neuro hospital in Mangaluru has already infected about 50 people with coronavirus. It is also the only hospital in the Dakshina Kannada district where three Corona sufferers died. First Neuro hospital was sealed down on april 22 after a corona infection was confirmed in a hospital. But neither the district nor the government nor the health department has taken the initiative to find the source of the coronavirus that spread to the hospital.

Following pressure from the people, the district caretaker minister Kota Srinivasa Poojary has ordered First Neuro Hospital to investigate coronavirus infection. The health department is now investigating through a specialist doctor on the back of the minister’s orders. Experts on the corona virus trail have already prepared a research report. The reason for Corona virus spreading in the Dakshina Kannada and Uttara Kannada districts is First Neuro hospital. So now it is found that Kerala is the root cause for this virus found in First Neuro hospital. The First Neuro hospital in Mangalore is visited by a large number of Keralites. Corona was spotted in February in Kerala. However, Keralites visit to Mangaluru was normal.

But despite the presence of coronavirus in foreigners, private hospitals admit patients from Kerala. Despite the lock-down, Kerala patients were treated at the Mangaluru hospital. Kerala-Karnataka was disconnected only after the border was sealed. Hence Corona virus infection started in First Neuro hospital because of Corona infected people from Kerala. A woman from Bantwal who was coming to see her aunt who was admitted to First Neuro Hospital has died of corona. Not only that, but the elderly are also victims of corona. In Dakshina Kannada district, more than 30 people hit by Corona and the number has crossed 20 in Bhatkala. In both districts, the majority of infections are from First Neuro Hospital contact.