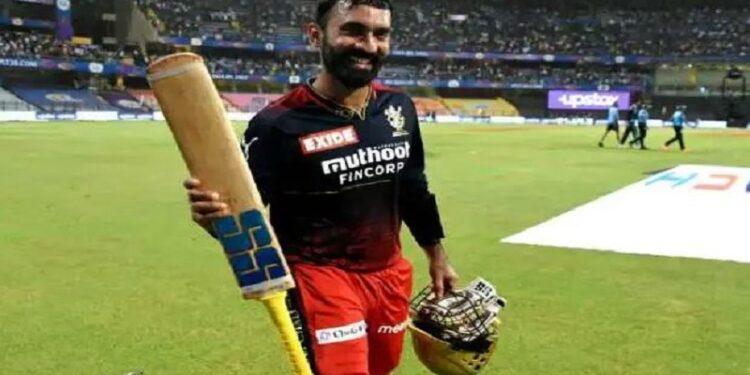 Wicket keeper batsman Dinesh Karthik, who has completed a journey of almost 20 years in Team India, is counting the last days of his career. Karthik, who had partially lost his place in Team India, regained his place by making a splash in the IPL. I would like to thank my teammates, coaches, friends and fans who have always supported me,” Karthik wrote. IPL 2023: RCB Top player Dinesh Karthik retirement.

Thus, Karthik was selected as a game finisher for the T20 World Cup. But Karthik was not able to claim his performance in this mini war. Even before the World Cup, Karthik was being told that this could be his last World Cup.

Karthik, who has now returned empty-handed from the World Cup, announced his farewell by sharing a video on his Instagram account on Wednesday. Although there are no official statements about retirement in this post, it is understood by fans that this is clearly a retirement notice.

Dinesh Karthik was allowed in the squad for the opening matches of the World Cup. But Karthik failed to complete the responsibility assigned to him. Thus, Rishabh Pant was selected in his place in the important semi-final match against England. As Karthik is now 37 years old, the hope of him playing in the next World Cup is now low. So Karthik has given his retirement notice in his post is the talk heard from the fan circle.

Karthik shared a video featuring photos of himself with his teammates, family and playing on the field. Also in an Instagram post, it is a matter of pride to be a part of the Indian team in the World Cup. We may not have won the tournament but the memories always make me happy. I would like to thank my teammates, coaches, friends and fans who have always supported me.