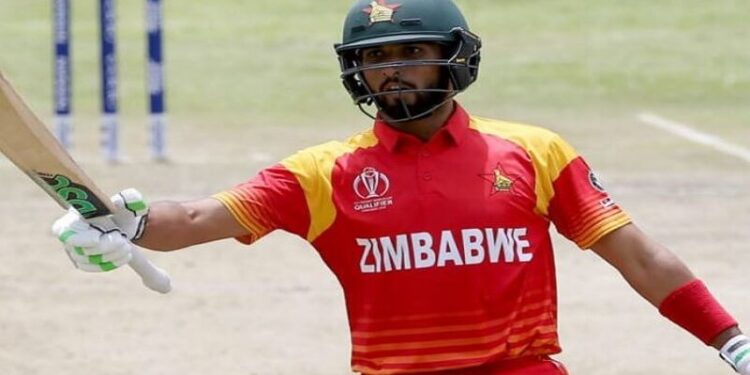 IPL mini-auction is not far away and the franchises have parted ways with some players who were not up to the expectations. This time, some franchises have showed no mercy towards their past top-notch performers also by snubbing them from their squads for 2023. IPL 2023 Mini Auction: Sikandar Raza best choice for all 10 franchises.

The IPL mini players’ auction for the tournament will take place in Kochi on December 23, kicking off the excitement for IPL 2023. One of the most renowned commentators around the globe, Harsha Bhogle believes Sikandar Raza will erupt a bidding war at the mini-auction for IPL 2023.

His ability to score crucial runs with the bat and pick up wickets effectively with the ball can come in handy for any side in the world. Speaking on the Cricbuzz show, the commentator said: “I would be surprised if someone is not looking at Sikandar Raza at the 2023 IPL Auction.

” Raza was in top-notch form in the recently concluded T20 World Cup in Australia. He smashed 219 runs at an average of 27.37 and a healthy strike-rate of 147.97. In addition to that, Raza also picked up 10 wickets in eight games at an economy of just 6.50. As a spinner, he has a lot of variations which will attract many buyers.

He was also named in the ICC Team of the Tournament for his exploits throughout the event. Apart from Harsha Bhogle, former Indian cricketer Ashish Nehra also raised the bar for the Zimbabwean all-rounder. “Sikandar Raza brings a lot to the table. It’s not just his batting but he can contribute with the bowl as well.

Also his ability to bat deep at 5 or 6 will make him a strong choice for a lot of IPL franchises. “All IPL teams submitted their list of retained players on Tuesday (November 15). While some teams released a few names, teams like Mumbai Indians let their 13 players go at the auction. Despite the auction being a mini one, there will be no shortage of big names.