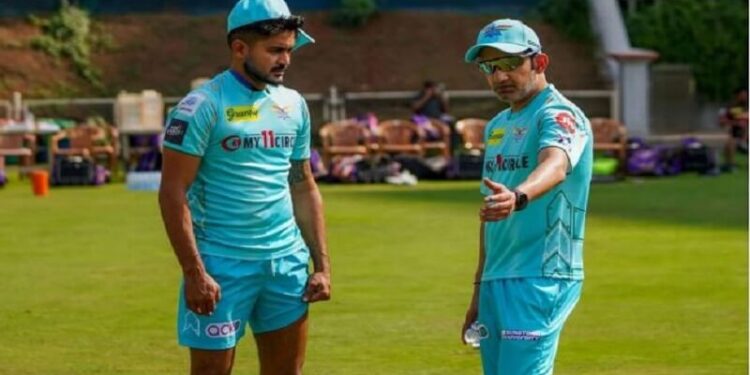 What is special is that the list of players released in this way includes many star players. In particular, the Lucknow Super Giants team has left Karnataka player Manish Pandey out of the team for IPL 2023. But the Lucknow franchise said that it was discussed with its players while releasing it.

Manish Pandey revealed that no such talks had taken place before. Talking about this, Pandey said that the Lucknow Super Giants franchise had never informed him about releasing him from the team. I have not received any call regarding this. I came to know about this only when the franchise list was released.

I understand that they wanted to release me,” Manish Pandey said. Since I was released, they have little money left. But I am a player who wants to spend more time on the wicket (pitch). Once I set but look forward to big scores, Pandey said.

Manish Pandey was dropped by Sunrisers Hyderabad in 2021. Thus Lucknow Super Giants bought Pandey for 4.6 crores in IPL 2022 mega auction. But Pandey who played in 6 matches scored only 88 runs. Thus the Lucknow team led by KL Rahul released Manish Pandey within a year.

Manish Pandey, who has played for RCB, KKR and SRH in the IPL, has so far scored 3648 runs in 149 innings at a strike rate of 121. Taking these figures into consideration, Pandey is likely to be part of the new team in this mini auction as well.