IPL 2023: Kannadiga out from Punjab Kings 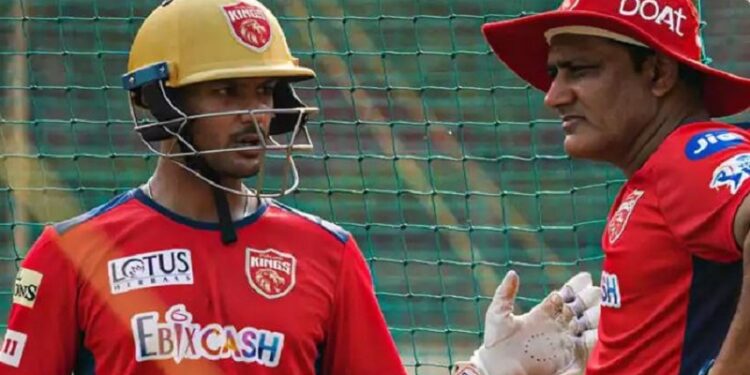 IPL 2023: Preparations for IPL season 16 have begun. Some franchisees are already preparing plans for changing staff. In particular, the Punjab Kings (Punjab Kings) team has come forward to make different plans for the upcoming season. IPL 2023: Kannadiga out from Punjab Kings. The first step is to terminate the contract with PBKS coach Anil Kumble.

In other words, Punjab Kings contract with Anil Kumble had expired in August. But the contract has not been renewed by the Punjab franchise for the next season IPL 2023. With this, it is almost certain that Anil Kumble will be dropped from the position of coach. Anil Kumble was appointed as the head coach of PBKS in 2020.

Accordingly, he took charge of the team in 2020, 2021 and 2022. But in these three seasons, the Punjab team failed to enter the playoffs. In all the three seasons, they were disappointed by finishing 6th in the points table. It is said that PBKS are interested in the new recruit due to this. Accordingly, the new coach of Punjab Kings team will be appointed soon for IPL 2023.

Already the Kolkata Knight Riders franchise has chosen former Mumbai Ranji team coach Chandrakant Pandit to replace Brendon McCullum. Now the PBKS franchise is also looking for a new coach and it has come to know that the selection process will be held soon.