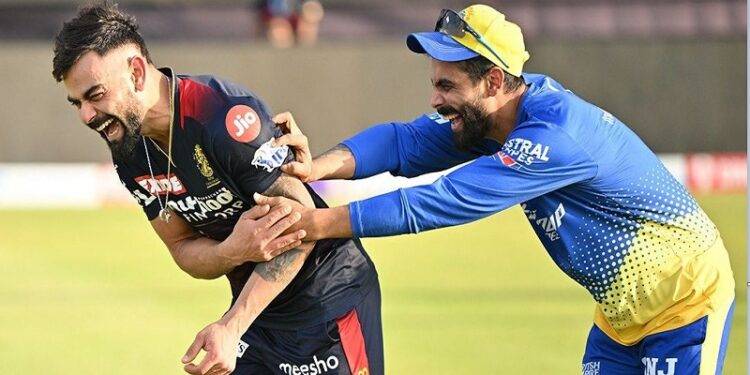 In an informal conversation between the BCCI’s IPL governing council and the 10 franchises of the league, the tentative date for the IPL 2023 auction has been finalised. The auction is set to take place in the month of December this year with December 16 likely to be the date, according to Cricbuzz. In recent development some report says that Chennai Super kings (CSK) player may chance to ply for RCB in IPL 2023. IPL 2023 auction date announced: Ravindra Jadeja enter RCB.

RCB have been one team that have always had superstars in the lineup, whose presence have lifted the group and taken them to the latter stages of the tournament. However, they have always struggled with depth and balance, and have lacked a proper all-rounder in the middle. Ravindra Jadeja could be a perfect fit in the RCB lineup given that Jadeja, not only can contribute as a frontline spinner, but also has been one of the best finishers with the bat, in recent times.

Also, considering the fact that RCB have never won an IPL, having a former winner in the camp could be a lucky charm. In order to buy Jadeja, RCB might have to let go of players such as David Willey or Shahbaz Ahmed. Willey, who was a big signing in the previous auction, went on to play only four games. Shahbaz, on the other hand, was a regular starter in the team but has a similar role as Jadeja. Hence, Shahbaz might make way for a big signing.

Star all-rounder CSK player Ravindra Jadeja is one of India’s most accomplished and sought-after players in India across formats. He is known for his flamboyance, athleticism and all-round skill on the field, and fittingly, Shane Warne once called him a “Rockstar”. He is also arguably the best all-round fielder in the world, at the moment.

Jadeja, apart from his stellar career with the national team, is also one of the most successful players in the Indian Premier League (IPL). He won the inaugural IPL in 2008 with Rajasthan Royals (RR) and the 2018 and 2021 IPL with Chennai Super Kings (CSK). He was also the most expensive signing in the 2012 IPL Auctions after being bought by Chennai Super Kings (CSK) for USD 2 million (INR 9.72 crore).