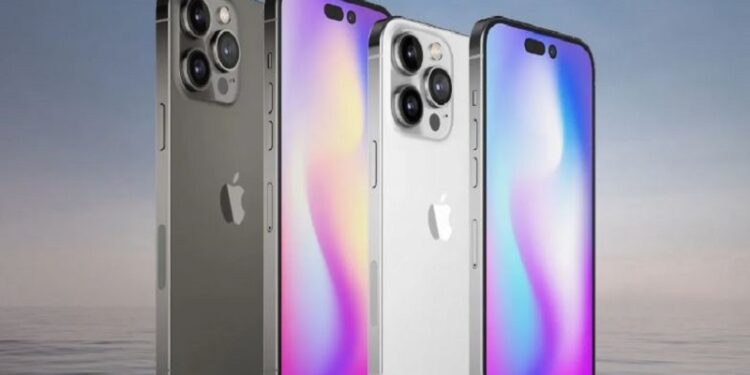 In addition to that, we also expect a new AirPods Pro and the Apple Watch Series 8 with a new rugged Pro version. The iPhone 14 series certainly will be getting the spotlight and has also been the target of leaks in the past few days. We expect these leaks to intensify as the launch date is nearing. That said, a wave of dummy models is emerging from Asia.

Interestingly, the antenna bands of the iPhone 14 Pro Gold and Purple models have a special contrast with the frame. The antennas are white and can be easily noticed in these dark colorways. The rumors about a Purple color for the iPhone 14 Pro and Pro Max have been around for a while. Reports emerged earlier this year talking about this particular option. These rumors also claimed that this color shifts tone based on lighting conditions.

Perhaps, it’s not something like Vivo’s changeable color tech, but the principle is the same. Interestingly, Apple has already paved the way for this color. Back in April last year, Apple brought a purple option for the iPhone 12 and 12 mini variants. The 24-inch iMac, 6th-gen iPad mini, and 5th Gen iPad Air also got Purple colorways. So, there is no reason for Apple to not bring this color, as it’s basically standardized in its portfolio.

According to MacRumors, Apple may adopt the tech used on the iPhone 13 Pro’s Sierra Blue colorway. The company adopted a new production process exclusively for Sierra Blue that uses “multiple layers of nanometer-scale metallic ceramics applied across the surface for a stunning and durable finish”. Apple may bring this same tech, instead of something super-advanced like Vivo and Realme are using with their color-changeable smartphones.