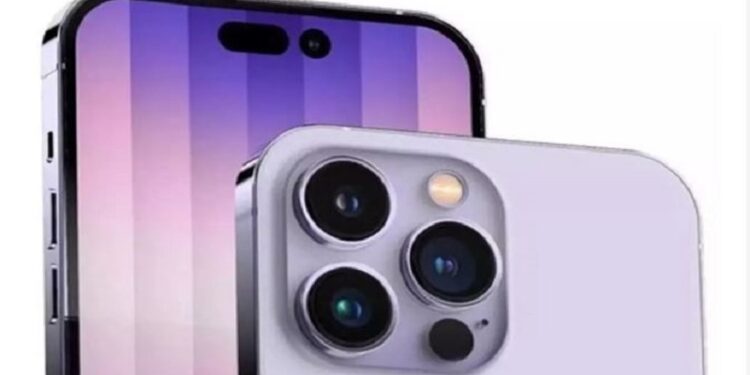 iPhone 14 launch: Apple has finally announced its latest smartphone Apple iPhone 14 series. The standard model is a minor upgrade over the iPhone 13, whereas the iPhone 14 Pro models have received some major and interesting changes that will surely attract a lot of customers. iPhone 14 launch with best price: check feature and new price. Apple has even taken wraps off a new iPhone 14 Plus model, which is a replacement for the iPhone mini version.

With the launch of the new iPhones, Apple has also discontinued the smartphone iPhone 11 series. Here’s everything you need to know about the new iPhone 14 launch series. With the iPhone 14 Pro models, Apple has finally switched to the punch-hole display design. We have been seeing this design on most Android phones and it has now finally arrived on iPhones as well.

Unfortunately, the standard iPhone 14 and the iPhone 14 Plus model are sticking to the older wider notch design that we have seen on the iPhone 13 series. The devices will be on sale in five colours – midnight, starlight, blue, purple, and product red. But, the good thing is that people who want a bigger screen and battery at a lower price will be able to get these with the new iPhone 14 Plus variant.

The iPhone 14 has a 6.1-inch screen, whereas the Plus version features a 6.7-inch screen, which is what you get with the iPhone Pro Max too. The devices have an OLED screen with support for 1-200nits of peak brightness and Dolby Vision. Both the iPhones pack a A15 Bionic chip, which one will find in the last year’s models. You get the same dual camera setup at the back on both phones, but they have a new 12-megapixel main camera with a larger sensor and 1.9micron pixels.

It has support for OIS. Apple is claiming that the new devices will offer 49 percent improvement in low-light scenarios compared to the older models. For this, there is a new Photonic Engine for enhanced image processing to offer better low-light photos. Furthermore, the Night-mode exposure is also now twice as fast, as per the company. There is a 12-megapixel camera on the front too, but this one now has support for a hybrid system with a TrueDepth camera, which will help lock focus faster, even in low light.

There is also now a new video action mode that utilizes the full sensor with “overscan” and “roll correction” to deliver a more stabilized video. The smartphone iPhone 14 comes with features like crash detection as well as Satellite connectivity. The latter is a great feature that will help people communicate with rescuers in places where there is no network. Your iPhone will automatically find a satellite, but for this, you need to be outside with a clear view of the sky.

Once your iPhone finds the connection, it will be able to share the location. Apple is calling this feature “Emergency SOS via Satellite.” Apple will be offering this feature for free, but for only 2 years with iPhone 14. It will first be available in countries such as the US and Canada. It will be launched in other regions in November. The iPhone 14 comes with a starting price of $799, which is around Rs 63,650 in India when converted.

The smartphone iPhone 14 Plus is priced at $899 (around Rs 71,610). In India, customers can get iPhone 14 for Rs 79,900 and the iPhone 14 Plus for Rs 89,900 from apple.com and through Apple’s authorised resellers. They feature thinner bezels around the display. It has surgical-grade stainless steel and a textured matte glass design. The standard Pro model packs a typical 6.1-inch screen, whereas the Pro Max sports a 6.7-inch panel. The handsets will be available in Space Black, Silver, Gold, and Deep Purple colours.

Unlike the iPhone 14 and iPhone 14 Plus, the Pro models get the new A16 Bionic chipset. For photography, there is a triple rear camera setup, including a 48-megapixel primary camera, which is a big upgrade over the 12-megapixel sensor seen on the older models. It is backed by a new 12-megapixel ultra wide camera with 1.4 µm pixels, which should help deliver sharper images with more detail. The setup also includes an improved telephoto camera that offers 3x optical zoom.