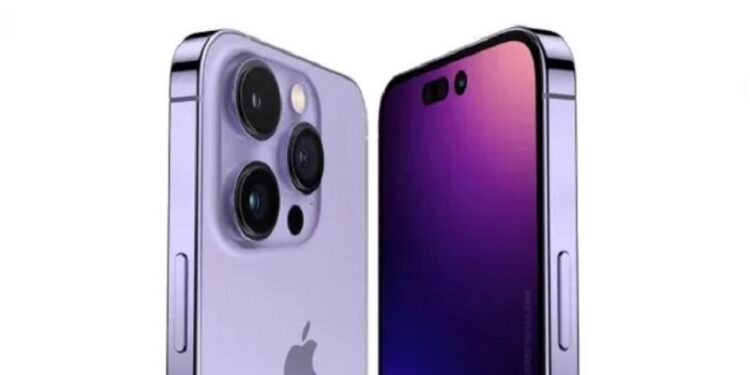 iPhone 14 launch date: Apple, on Wednesday, announced that it will hold the most awaited event on September 7 at 1 p.m. ET where it’s expected to launch Apple iPhone 14. The launch event with the tag line ‘Far Out’ will be streamed on Apple’s website, CNBC reported. iPhone 14 launch date finally announced: price and features.

Apple launch events have been virtual since the start of the Covid-19 pandemic but starting with this year’s WWDC, the company has shifted its focus to a more hybrid approach, calling select media to attend the events. The highlight of the event is believed to be the launch of the iPhone 14 series.

Apple is tipped to unveil the iPhone 14, iPhone 14 mini, iPhone 14 Pro, and iPhone 14 Pro Max on September 7. Reports have suggested that Apple could ditch the 5.4-inch mini form factor for the iPhone 14 Max with a 6.7-inch display. In addition, the Pro models are believed to come with the new Apple A16 Bionic chip.

Meanwhile, the non-pro variants could be powered by the current-generation A15 Bionic chips. iOS 16, the company’s latest version of its iPhone operating system, could also be released during the event. The Cupertino company tends to unveil other products alongside new iPhone models and it is expected to continue with this trend at this year’s event.

Apple is tipped to launch the iPad 10.2 (10th generation), iPad Pro 12.9 (6th generation), and iPad Pro 11 (4th generation) during this event. The low-end iPad model could feature an Apple A14 chip and a USB Type-C port. On the other hand, the iPad Pro models are believed to be powered by M2 chips.

Three new Apple Watch Series 8 models are said to be in the works as well. The standard one is likely to come with new features for women’s health and a body temperature sensor. This model is expected to sport a similar design to the Watch Series 7. A Pro model is supposedly planned that may be aimed at sports enthusiasts.

An affordable Apple Watch SE model could also make its debut. The Cupertino company is expected to release watchOS 9 during the event which will run on the company’s recently Apple Watch models. Reportedly, iPhone 14 Pro price will be USD 1,099 (around Rs 87,838.12) whereas the iPhone 14 Pro Max will cost USD 1,199 (around Rs 95,830.67).

Also Read: IMD issued heavy rainfall alert in these states for next 3 days

According to MacRumors, the standard iPhone 14 models are expected to feature 50 percent more memory, improved battery life, an improved Ultra Wide camera, and an upgraded front-facing camera with autofocus, while the iPhone 14 Pro models are expected to feature “pill and hole-punch” shaped cutouts instead of the notch, the A16 chip, a 48-megapixel Wide camera, and a slightly taller display with thinner bezels. The entire lineup is set to come in a range of new color options.