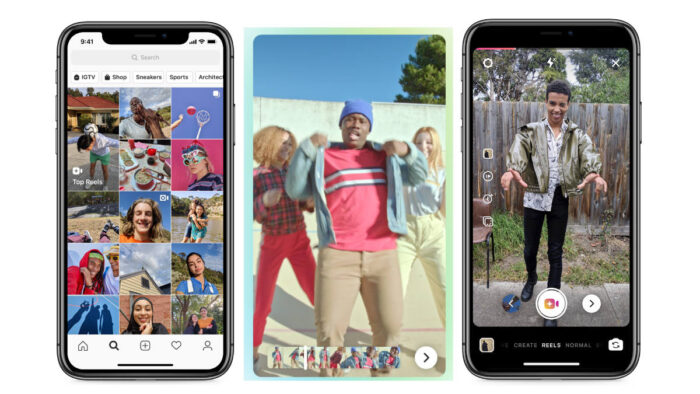 Bengaluru: Instagram has started testing its TikTok-like feature ‘Reels’ in India. Instagram Reels will officially start rolling out to users in India .

The move comes shortly after it was reported that some Instagram users have started receiving the Reels feature in India. Instagram started testing Reels last year in Brazil and expanded it to France and Germany recently. The expansion of Instagram Reels to India comes at a time when homegrown platforms are pushing to become the next TikTok.

Ajit Mohan, VP & MD, Facebook India, however, said that this has been in the pipeline for quite some time. “This has been in the making for a while. Videos make up more than one-third of all our posts on IG in India and short form videos, in particular, that is less than 15 seconds is about 45% of all videos posted on feed,” Mohan said.

Instagram also looks at this as an opportunity to provide a platform for creators, something TikTok did. The difference here is that Instagram already partners with creators and even at launch users will first see content from influencers like Ammy Virk, Gippy Grewal, Komal Pandey, and Arjun Kanungo. But Instagram’s VP of Product Vishal Shah hopes to find the “next superstar in India” through Reels.

“Even if you have 10 followers or 50 followers, you don’t need a larger audience to be able to find an audience for your content on Instagram on Reels and that is what we’re really excited to tap into especially in the Indian market where we believe the opportunity is to find the next superstar in India and to turn them into a global star”, Shah said.

Instagram Reels is heavily inspired by TikTok starting with the core concept of the feature itself. It’s not a standalone app like Threads but it’s integrated within the app. Reels will appear as a feature on the Instagram Stories section. Users can shoot 15-second videos, add music tracks, AR effects as well. Instagram really just had to add the feature as the other things like songs and filters are already available on the app.

There are more editing tools like timer, speed, rewind and align. Reels will be shared on the Explore feed by default but users have an option to post them on their feed. There’s also a dedicated section on the user’s profile for Reels.

Realme 9i 5G launch in India: Check price and features