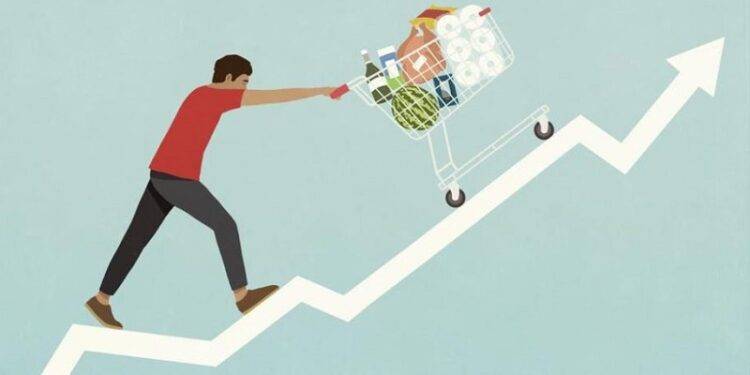 The Reserve Bank of India (RBI) on Friday hiked the repo rate by 50 basis points to 5.90 per cent, the fourth straight increase in the current cycle, to tame sustained above-target retail inflation rate. Inflation numbers at an all time high across world: Let’s take a look.

The inflation is impacting countries around the globe. Let’s take a look as to how various countries fare.

The German inflation was at its peak in almost 25 years in September, driven by higher energy prices, data showed on Thursday.

Consumer prices in Germany rose 10.9 per cent in the year to September, from 8.8 per cent in August.

The increase was due to higher costs for energy, which were 43.9 per cent higher compared with September 2021 according to Reuters.

Rising energy prices spurred by dwindling gas supplies from Russia have pushed inflation rates to highs not seen in decades.

Argentina’s, which has one of the world’s highest inflation rates as it. soared to nearly 80 per cent from a year earlier,

The situation has been aggravated by rising global food and fuel costs. The government has pushed retailers to freeze some prices, with some supermarkets rationing purchases of staples in a bid to control prices.

The Dutch annual rate of inflation has risen to a record 17.1 per cent in September, according to its national statistics agency CBS said. In August the rate reached 13.7 per cent, which too was a record.

Energy prices are the main reason behind the increase. They are up 114 per cent on a year ago basis, the CBS said.

Britain’s consumer price index, hit a 40-year high of 10.1 per cent in July before easing back to 9.9 per cent in August.

The ongoing Ukraine-Russia crisis, which has spurred fuel costs across the European regions has been a factor in the high inflation rates that can be seen.