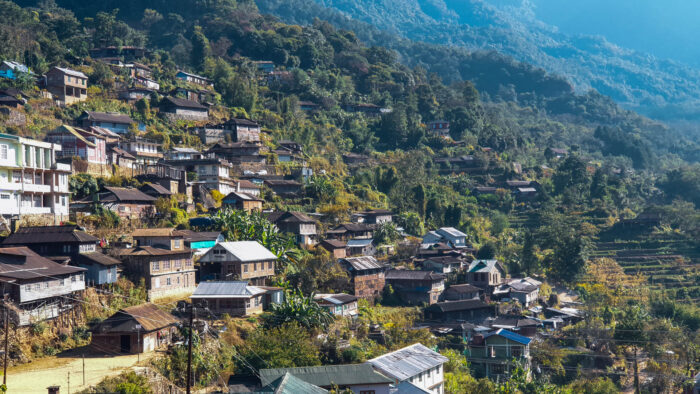 Nagaland: Nagaland reported its “first” COVID-19 cases on Monday, when three persons who recently returned to the state from Chennai were found infected with novel coronavirus, a health department official said.

Nagaland government has not counted a person from the state who tested positive for coronavirus on April 13 in Assam after a private hospital referred him to a government facility in Guwahati. He later recovered from the disease. Two men and a woman, all in their 20s, tested positive for COVID-19 and they are now undergoing treatment at two hospitals in Dimapur and Kohima, Commissioner and Secretary of Health and Family Welfare Department, Menukhol John. Their condition is stable but Nagaland is no longer a green state, John said. “Unfortunately, 2 persons in Dimapur and 1 in Kohima have been tested positive for #COVID-19. Please do not panic. We need to handle it with utmost care and responsibility. Necessary action of contact tracing & containment measures are being taken and situation closely monitored,” chief minister Neiphiu Rio tweeted.

“Our medical team is trying its best to contain the spread of the virus. Aggressive surveillance of the returnees has started. We appeal to the public not to panic and also not to stigmatize the patients,” John said.He said the three persons who tested positive for coronavirus were passengers of the first Shramik Special train that reached Mizoram from Chennai on May 22 last. A total of 1,328 stranded citizens of Nagaland arrived in the state in that train and they were placed under quarantine in government facilities in Dimapur and Kohima districts.

Earlier in the day, chief secretary Temjen Toy expressed apprehension that Nagaland could no longer remain a corona-free state after the return of migrant people. “Nagaland is at a very crucial stage because so far we have been Green. But with the arrival of thousands of stranded citizens from other parts of the country, we dont know what will happen. We do not know how many will turn out to be positive,” Toy told media persons here. The chief secretary said COVID-19 is here to stay and people should learn how to live with it by taking precautions both at the individual and institutional levels.

Recalling the initial days of HIV/AIDS breakout in the early 1990s in Nagaland, Toy said those who died of the disease were then not even allowed by the public to be buried because of panic. “But today we have people living with AIDS among us and the number of infected people is more than those days. There should not be any undue fear about COVID-19 as long as we are taking precautions. The time for panic is over and we have to get serious to begin to live with COVID,” Toy said. Till Sunday, a total of 1,066 samples were tested and results of 1,001 were negative, while the outcome of 65 is awaited, he said.

The state government has not considered reopening of conventional educational institutes as of now, Toy said adding that the school education department has made arrangements to teach them through television, radio and social media.

In Karnataka coronavirus spreads to 29 out of 30 districts, 93 cases in single day

In Karnataka coronavirus spreads to 29 out of 30 districts, 93 cases in single day