India’s first coronavirus vaccine, Covaxin launch on August15?. What we know so far 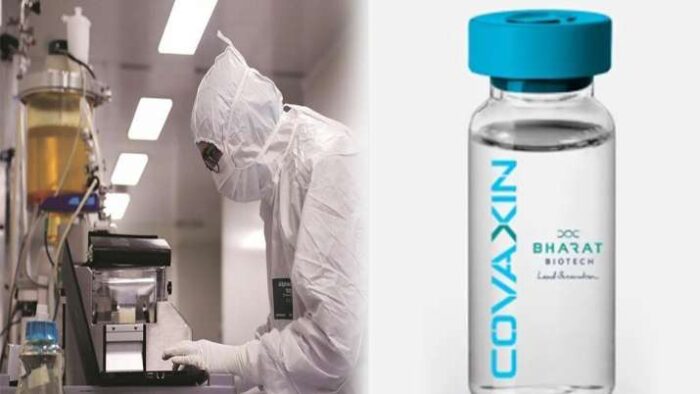 Covaxin gets emergency use for children aged 2-18 years

New Delhi:  Approval for human clinical trials for two made-in-India COVID-19 vaccine candidates – COVAXIN and ZyCov-D – marks the “beginning of the end” for the novel coronavirus pandemic that has infected over 1.12 crore people worldwide and left more than 5.3 lakh dead, the government said on Sunday.

Striking an optimistic note, a letter by the Ministry of Science and Technology said there were more than 100 vaccine candidates in the world currently, of which 11 were in human trials. “The nod by Drug Controller General of India, CDSCO (Central Drugs Standard Control Organisation), for conduct of human trial for vaccines, marks the beginning of the end,” the ministry’s letter added.

“Six Indian companies are working on a COVID-19 vaccine. Along with two Indian vaccines, COVAXIN and ZyCov-D, world over 11 out of 140 vaccine candidates are in human trials,” the ministry said. The ministry also said manufacturers of two of the leading candidates – AZD1222 (British firm AstraZeneca) and MRNA-1273 (US-based Moderna) – had signed production agreements with Indian companies should their vaccines prove safe and effective.

Both have been approved for Phase II, III trials. Typically, the first two phases of drug trials test for safety while the third tests the medicine’s efficacy. Each phase can take months, or even years, to be completed. The ministry’s statement comes amid a row over a letter by the ICMR (Indian Council for Medical Research) setting August 15 – Independence Day – as the target for releasing a coronavirus vaccine. An earlier version of the letter included this line: “None of these (the 11 coronavirus vaccines undergoing human trials) are likely to be ready for mass use before 2021”. The line was deleted in an edited version o of the letter released shortly afterwards.

Medical experts and opposition parties claimed the August 15 date was set to help Prime Minister Narendra Modi score political points ahead of crucial elections in Bihar later this year. They also warned that rushing drugs through trials could pose serious health risks. On Saturday the ICMR defended its letter and said it had only sought to “cut unnecessary red tape, without bypassing any necessary process” in the recruitment of participants for the trial.

“ICMR’s process is exactly in accordance with globally accepted norms to fast-track vaccine development…,” the agency said. COVAXIN, developed by Hyderabad-based Bharat Biotech, and ZyCov-D, developed by Zydus Cadila, were approved for Phase I, II trials this week. Phase I trials for COVAXIN, which was developed in association with the ICMR, are scheduled to be completed in 28 days – which would put the vaccine candidate on track for an August 15 release.

However, it is unclear how it can be launched without completion of Phase II, III trials. Developer Bharat Biotech’s application, lists 15 months as the estimated duration of clinical trials; this is in line with the 2021 estimate by the Ministry of Science that was present in the first version of the letter. Dozens of vaccine candidates are at various stages of development around the world to tackle the coronavirus pandemic. India, a leading manufacturer of vaccines and generic medicines, is expected to play a key role in this race.

The country is among the four worst affected by the COVID-19 virus, with more than 6.7 lakh confirmed cases so far.