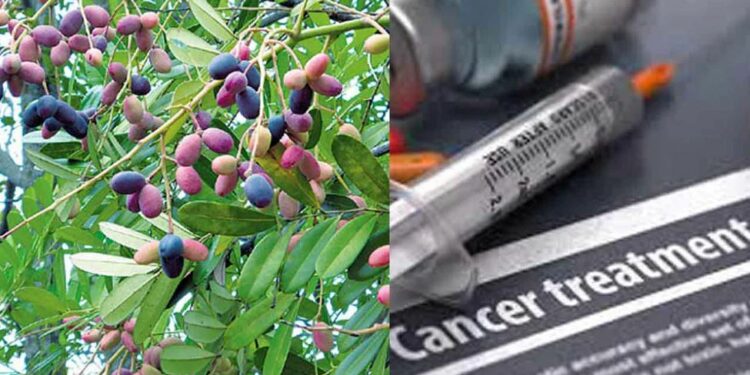 Bengaluru: We have been researching cancer medicine since 2016. Doctors said that now our research has reached its final stage. Government of India has approved an anti-cancer drug developed by city doctors. If the clinical test of the drug is successful, then it will enter the market. The medicine is formulated based on a plant native to Karnataka. Indian Government approves cancer drug developed by Bangalore doctors.

A team of three scientists, including Dr Vishal Rao, worked hard to develop an anti-cancer drug. This medicine is formulated in Ramnagar from a plant called Simaruba. It is expected to be an effective drug for blood cancer and tumor type cancer. Dr. Vishal Rao told that 20 ml syrup and cream samples of this medicine have been prepared.

We have been researching cancer medicine since 2016. Now our research has reached its final stage. He said that there is an idea to bring it to the market at an affordable price so that even the poor can get it easily.

Simarooba (classical name: Simarooba glauca) plant is also called kalpa tree like coconut tree. Oil can be obtained from the seeds of Simarooba plant. This oil can be used as edible as well as biofuel. Its leaves, seed husk, tonge, bunches can be used to make good quality fertilizer. Wood is used to make furniture, daily items, idols etc.

It is good to grow simarooba on crops along with agricultural crops. If simaruba is taken as the main crop, alasande, millet and fodder crops can be grown in between. Dairy farming can also be taken up as a sub-enterprise if fodder crops are grown.

Simarooba is a wonderful medicine. Its leaves and bark are medicinal. Simarooba derives its medicinal properties from chemicals called quassinoids such as illanthinone, glucarubinone, holacanthane. It has the ability to cure many diseases ranging from common ailments like dysentery to cancer.

Also Read: India-Pak clash again in World Cup; A fight between arch-rivals in the final

World Egg Day 2022: What is special about this day

Health Tips: Do not heat these ingredients in the microwave