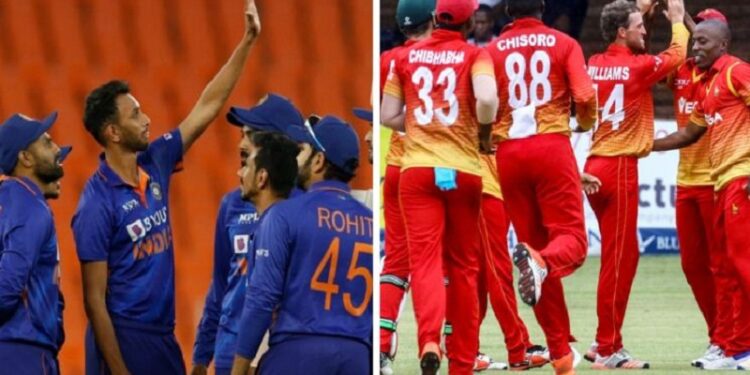 The 3-match ODI series between India and Zimbabwe will begin tomorrow. 3 ODIs will be played at Harare ground in Zimbabwe.The team is on a tour of India and Zimbabwe.India-Zimbabwe series starts from tomorrow, Here is the detail.

BCCI has already announced Team India. Team India has left for Zimbabwe for a 3-match ODI series against Zimbabwe. Kannadigas KL Rahul has been selected by the BCCI as the captain for the Zimbabwe series, while Shikhar Dhawan has been selected as the vice-captain. Which channel will telecast the match between Zimbabwe starting tomorrow? What time will the match start? India-Zimbabwe series starts from tomorrow, Here is the detail

Following is the complete details of the series including:

After Washington Sundar was injured, BCCI has replaced him with all-rounder Shahbaz Ahmed. Bengal’s Shahbaz Ahmed has performed well in first-class and Least-A cricket. He performed well in the last IPL season by playing 16 matches for Royal Challengers Bangalore. Shahbaz has been selected for the national team for the first time.