News » SPORTS » India vs Pakistan: Who won the toss is Boss: Who will win? 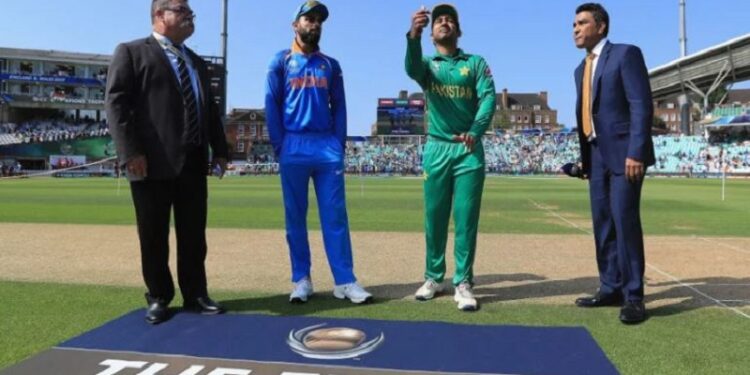 Team India was restricted to just 151 runs. Also, they chased without losing a wicket in 17.5 overs and achieved a great victory. Asia Cup India vs Pakistan: Who won the toss is Boss: Who will win?

In the 2nd match of the Asia Cup to be held today at the Dubai International Stadium, India and Pakistan will face each other. It is special that earlier in this same ground, Pakistan team lost badly to Team India by 10 wickets. It can be called a toss, which was a curse for Team India, which had entered the fray with a strong force. Because Babar Azam, the captain who won the toss, chose to bowl. India vs Pakistan: Who won the toss is Boss: Who will win?

Accordingly, Team India was restricted to just 151 runs. Also, they chased without losing a wicket in 17.5 overs and achieved a great victory. Dew is the main reason why Team India could not get a single wicket from Pakistan. The dew found in Dubai during the 2nd innings can be said to be a plus point for the team that won the toss. These figures are proof of this.

The 2021 T20 World Cup Final was played at the Dubai International Ground. Australia won the toss and elected to bowl. However, New Zealand set a huge target of 172 runs. But by scoring 173 runs in 18.5 overs, the Australian team became the champion and now it is history.

In the previous semi-final match, the Australian team won the toss and chose to field. Australia entered the final by chasing the target of 176 runs given by Pakistan who batted first in 19 overs.

India won the toss and bowled first against Namibia in the last T20 World Cup at this same ground. Besides, Namibia was restricted to 132 runs and won by chasing in 15.2 overs.

Also, against Scotland, the Indian team won the toss and fielded first. Also, it is now history that Team India finished the match in 6.3 overs by bowling out the opponents for just 85 runs.

After winning the toss, Australia bowled and bowled Bangladesh out for 73 runs. Also, the Aussie team chasing in 6.2 overs had achieved a great victory.

That means the team that won the toss will choose to bowl at the Dubai International Ground. Because there is dew during the 2nd innings, bowling is also difficult. Especially the bowlers are not able to control the ball. Batsmen who take full advantage of this easily chase huge totals.

The proof of this is the match between Afghanistan and Sri Lanka held at the Dubai pitch on Saturday. In this match, Afghanistan won the toss and bowled out Sri Lanka for 105 runs. Also achieved a great victory by chasing in 10.1 overs.

In other words, in the last 7 matches played on Dubai pitch, the teams who won the toss and chose to bowl won. So it can be said that the toss is crucial for Team India in the match between India and Pakistan.