News » LATEST NEWS » India Vs Pakistan: Virat Kohli say about that one catch that Arshadeep dropped

India Vs Pakistan: Virat Kohli say about that one catch that Arshadeep dropped 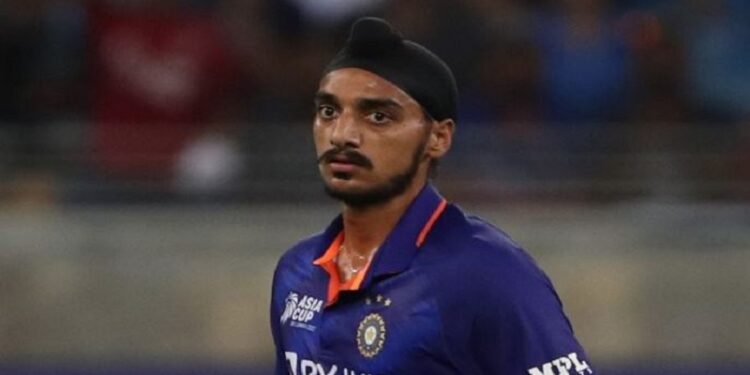 There is a saying in cricket that catches win matches. The India vs Pakistan match on Sunday proved that this statement is literally true. Because of the big mistake made by Team India player Arshdeep Singh, the entire match was abandoned. Because in the 18th over bowled by Ravi Bishnoi, Pakistan batsman Asif Ali gave a catch. This very easy catch was dropped by Arshdeep Singh. What is special is that this time Asif Ali did not score a single run. Thus, Asif Ali, who used the life gift he got in the 18th over, changed the picture of the entire match by scoring 16 runs in 8 balls with 1 six and 2 fours. Virat Kohli say about that one catch that Arshadeep Singh dropped. India Vs Pakistan

That means when Arshdeep Singh dropped the catch, Pakistan team needed 33 runs in 15 balls. But Asif Ali Bhuvaneshwar Kumar took advantage of the opportunity and hit six-fours in the over. As a result, Pakistan team got an easy target of 7 runs to win in the last over. Finally, with 1 ball to spare, the Pakistan team reached the target of victory. That means Arshadeep Singh’s dropped catch can also be said to be a reason for Team India’s defeat. Virat Kohli say about that one catch that Arshadeep Singh dropped.

After this defeat, Virat Kohli, who appeared in a press conference, was questioned about the catch dropped by Arshadeep Singh in the last moments of the match. To which Virat Kohli replied, such mistakes happen under pressure. This happened earlier in my life too. I was also dismissed by Shahid Afridi for a bad shot in the Champions Trophy match against Pakistan. I couldn’t sleep the whole night after that. I thought my career was over there.

Such incidents are common. But our senior players come and support. Because we have to play together again tomorrow. So we learn from mistakes. Virat Kohli expressed his support for Arshdeep Singh saying that he will not let it go if he gets another such opportunity next time.

In this match, Team India, who lost the toss and batted first, collected 181 runs for the loss of 7 wickets with the help of Virat Kohli’s (60) half-century. Chasing this tough target, opener Mohammad Rizwan (71) scored a half-century for Pakistan. However, the match turned into a thriller in the final stage. Accordingly, the Pakistan team got a target of 7 runs in the last over and achieved a thrilling victory by 5 wickets by reaching the target of 182 runs with 1 ball to spare.