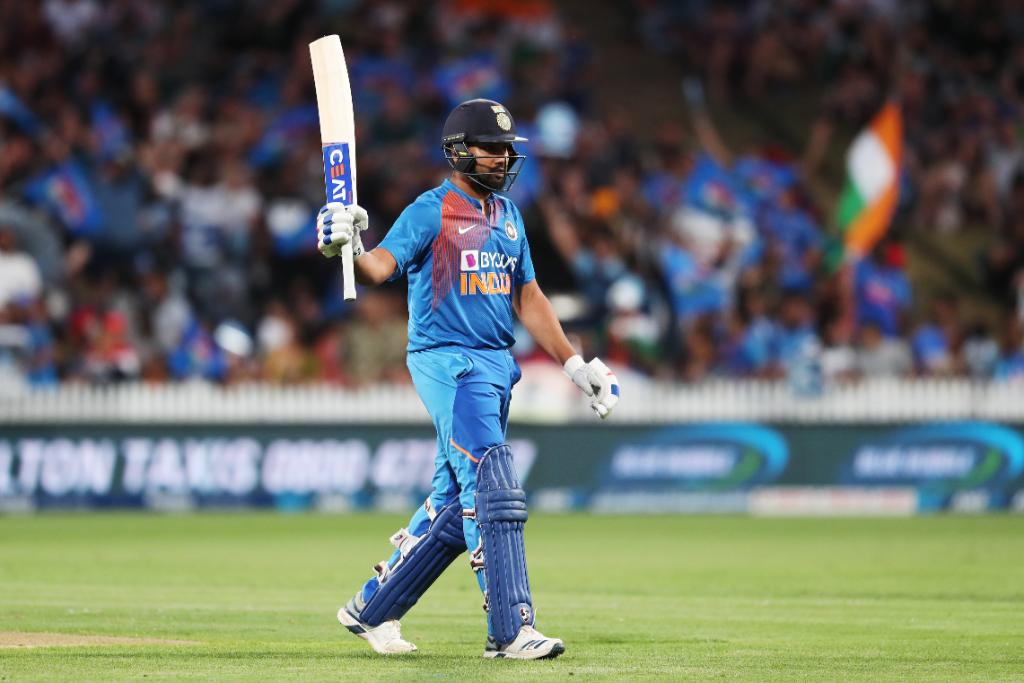 Hamilton : Rohit Sharma returned after hitting a fifty to haunt New Zealand again in the Super Over when he smashed 2 sixes off the last 2 balls to help India hunt down the stiff target of 18 runs. This was after Kane Williamson, fresh from his 95 in the proper match, combined with Martin Guptill to set India the tough target. But India’s hopes of winning their maiden T20 series in New Zealand on Wednesday seemed to have gone up in smoke before Mohammed Shami defended 9 runs in the 20th over of the hosts’ chase picking up the key wickets of Kane Williamson and Ross Taylor.

India defeated New Zealand in the third T20 International via Super Over to take an unassailable 3-0 lead in the five-match series here on Wednesday.

India posted a competitive 179 for five at Seddon Park after being sent into bat. Opener Rohit Sharma top scored for India with a 65-run knock while skipper Virat Kohli contributed 38 runs in team’s total.

Later, skipper Kane Williamson smashed a 48-ball 95 but New Zealand faltered in the final over to take the match into the Super Over. Needing nine runs of the last over, New Zealand lost Williamson and Ross Taylor to finish at 179 for six and tie the match.

In the Super Over, New Zealand scored 17, a target which India overwhelmed in the final ball with Rohit smashing Tim Southee for two consecutive sixes. The fourth T20 International between the two sides will be played on Friday in Wellington.