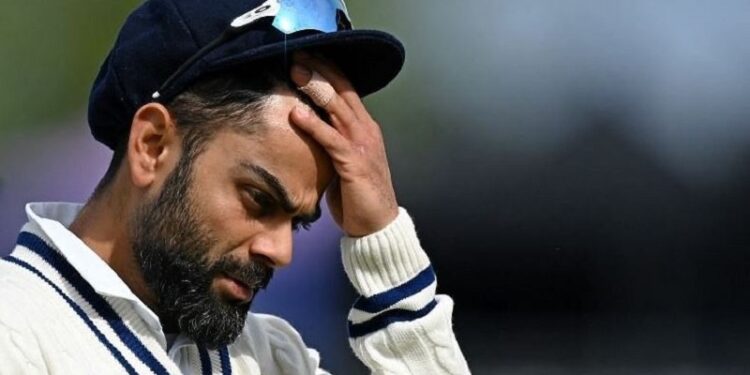 Team India former captain and world class cricketer Virat Kohli was rested by the BCCI for India’s five-match T20I series against South Africa, and given the break, he went on a vacation to the Maldives with his wife Anushka Sharma and daughter Vamika. India vs England: Big blow for team India, Virat Kohli was infected by Covid-19.

However, as per the latest reports, Virat Kohli had returned Covid-19 positive after the conclusion of his vacation.  Top class Indian cricketer is said to have recovered from the infection now, as he recently jetted off to the UK for India’s rescheduled fifth Test match against England.

While senior off-spinner Ravichandran Ashwin has refused to travel to the UK with his squad after testing positive for the virus, According to a report in the Times of India, a source close to the developments confirmed that the former Indian skipper had tested positive for Covid-19, after returning from Maldives, but he’s recovered from the infection.

It is also feared that there could be more Covid cases in the Indian contingent, which could be a big blow to the Rohit Sharma-led side.  More recently, Ravichandran Ashwin missed his flight to the UK, after testing positive for the virus, but he is reported to be in isolation now and is expected to join up with the rest of his teammates in Leicester, where the Indian contingent are practising ahead of the fifth Test.

For the unversed, India’s tour of England in 2021 also had to be ended prematurely, because of a similar situation when there was a covid scare in the Indian camp. The BCCI had then decided to reschedule the fifth Test match of the series, and it will be played from July 1-5, after which India and England will also contest a three-match T20I series and an ODI series of as many games.

However, covid could throw a spanner on all of these plans, and it remains to be seen whether there are other cases in the Indian camp. Virat Kohli completed the England vs India 2021 Test series as the fifth-highest run-scorer.

Even though the Indian captain suffered to bat in the first two Tests, he had a few strong innings in the third and fourth. The 32-year-old athlete scored 218 runs with an average of 31.14 in 7 innings. In the series, the right-handed batsman also hit two half-centuries.