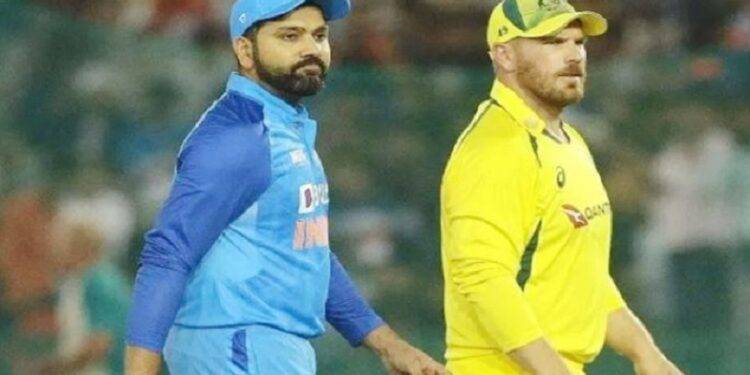 The final third T20 match will be held today between India(Rohit Sharma) and Australia(Aaron Finch)at the Rajiv Gandhi International Stadium in Hyderabad. India managed to level the series by winning by 6 wickets in the eight over match played in Nagpur on Friday. Australia won the first match by 4 wickets. India vs Australia (Aaron Finch)3rd T20: Pitch report weather report here.

So all eyes are on today’s last T20. The bowling department of both the teams is expensive and it remains to be seen with which plan they will come into the fray today. So who will the pitch of Hyderabad stadium help? is there a rain forest for the match? Let’s see what. India vs Australia 3rd T20: Pitch report weather report here.

The Rajiv Gandhi International Stadium in Hyderabad is a pitch specially designed for batting. So, it is sure that there will be a big score here in T20 cricket. There is a possibility of rain today. The average score in the first innings is 190 runs and the average score in the 2nd innings is 160 runs. Here the captain who won the toss is more likely to choose to bowl first. But there is no denying the possibility that the pace of the match will change if the dew factor increases

It is said that there is less chance of rain disrupting the match percent there is only 11 percent chance of rain. It rained on Sunday and it only lasted for half an hour. It does not affect the match. Percentage during night time. 59 percent will be cloudy. 22 degree s. How hot will it be?

The third T20 match between India and Australia will start at 7.00 pm. The toss will be held at 6:30 PM. You can watch this series live on Star Sports Network. Live streaming of the series can be seen on Disney + Hotstar.

Probable Playing XI of Both Teams: