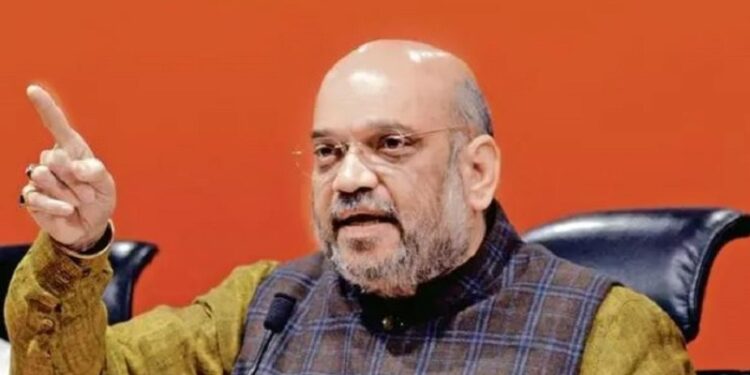 He asked the dairy industry to embrace professionalism, cutting-edge technology, computerization and digital payment in a big way, otherwise it will face problems ahead. India to become 3rd largest economy in few years: Amit Shah.

The minister asked the dairy industry to increase milk production to meet rising domestic demand and supply to poor countries. He encouraged the industry to become self-reliant in the manufacture of machinery used in milk processing.

He said at the International Dairy Federation World Dairy Summit (IDF WDS) 2022 program organized at the India Expo Center and Mart here from September 12-15. In 2014, India will become the 11th largest economy in the world. The minister said that now India is the fifth largest economy. The Minister said that I am fully confident that we will reach the third position in a few years.

Shah expressed confidence that the contribution of the cooperative sector will also be discussed as the country becomes the world’s third largest economy. Stating that the summit is being held after 48 years, Shah said the country is now self-sufficient in milk production and an exporter. Shah said dairy cooperatives have played a big role in empowering women and fighting malnutrition

Co-operative sector and dairy cooperative societies have done a lot of work in rural development. Shah asked the dairy industry to adopt natural farming as a livelihood, which would improve people’s health and strengthen the economic system. The minister announced that three multi-cooperative societies are being set up to promote organic farming and exports. Amul will set up an export center to promote organic products by the end of this month, Shah said.

The minister shared the success story of Amul, whose annual turnover has reached around 60,000 crores. 77 percent of the retail price of milk is remitted to farmers. But he said that it is 40-45 percent in the world. The minister said that cooperative model is best for all-round development. Uttar Pradesh Chief Minister Yogi Adityanath in his speech said that there is a huge scope for the growth of the cooperative sector in the state.

He said that cooperative and dairy sectors need to be promoted for employment generation and rural prosperity. Yogi Adityanath said that dairy sector provides livelihood as well as nutrition to the farmers.