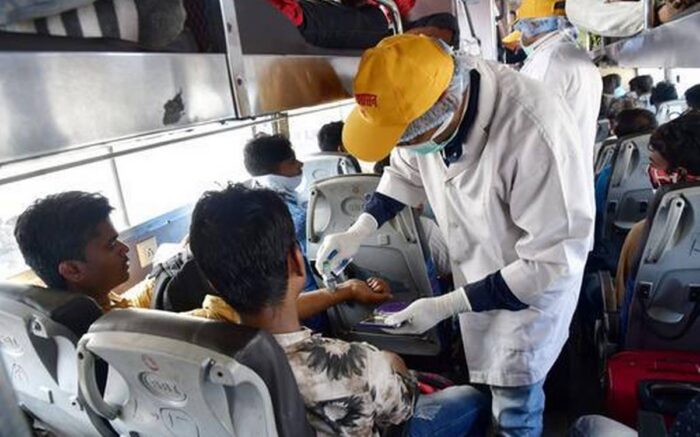 India had crossed China, where the virus emerged late last year, in terms of cases for the ninth spot just a week ago. Figures from the Baltimore-based Johns Hopkins University showed around midnight that India had 235,769 Covid-19 cases and Italy 236,184. With 6,641 deaths, India has now ranked the 12th worst-hit country. The Union health ministry dashboard shows the number of Covid-19 cases in India has risen to 226,770 and the death toll is at 6,348.

According to Johns Hopkins data, the US has the greatest number of infected people in the world with more than 1.8 million Covid-19 cases. The US has 18,80,703 infections and 1,08,496 deaths. Of these, 485,002 people have been cured of the infection. In Brazil also, the coronavirus outbreak has been increasing rapidly and it is second only to the US in the list of countries which are most affected by the infection the number of infected in Brazil has crossed the five-lakh mark. So far, 614,941 people have been infected and 34,021 people have died. At the same time, 2,54,963 people have returned home after treatment.