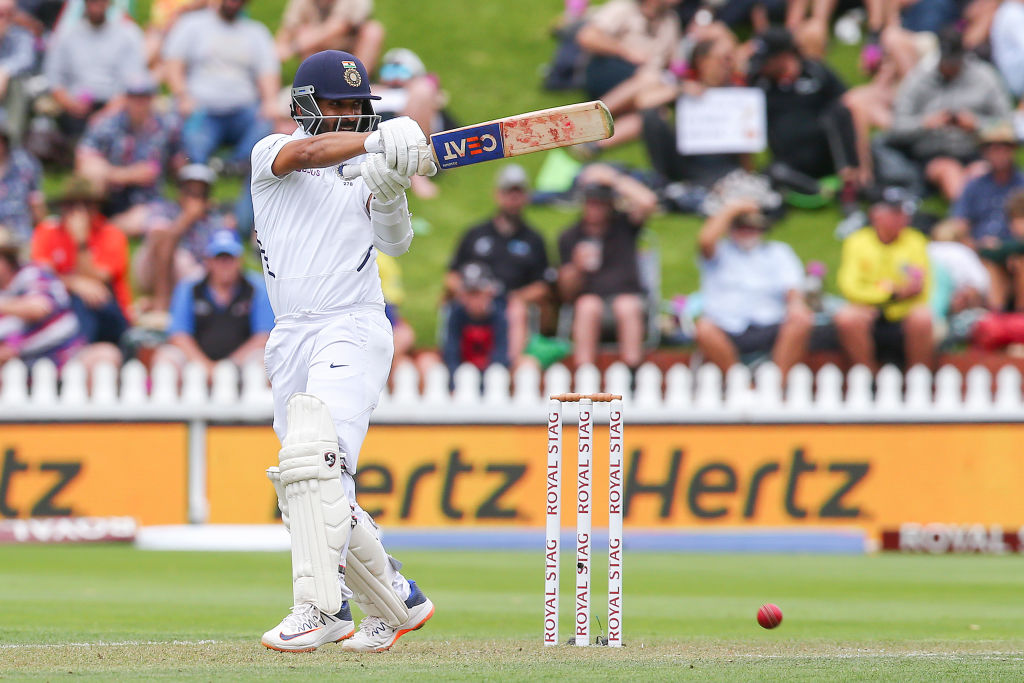 Christchurch: India were decreased to 90 for six in their second innings against New Zealand at stumps on the second day of the second and last Test at Hagley Oval in Christchurch on Sunday.

At the end of the day’s play, Hanuma Vihari and Rishabh Pant were batting at the crease at their respective scores of five and one. India is maintaining a lead of 97 runs over the Black Caps.

India lost openers Prithvi Shaw and Mayank Agarwal cheaply for 14 and three runs, respectively. Subsequently, Cheteshwar Pujara was looking calm and composed at the crease and aiming to steady his side’s ship but he was clean bowled by Trent Boult for 24.
Skipper Virat Kohli (14), Ajinkya Rahane (9) and Umesh Yadav were also dismissed cheaply.
Earlier, New Zealand resumed the day at 63/0 in their first innings, with Tom Latham and Tom Blundell batting at their respective scores of 27 and 29, respectively.

Latham (52 off 122 balls) brought up a gritty half-century before being bowled out by Mohammad Shami while Blundell added just a single in his account on Day 2 before being caught leg before wicket by Umesh Yadav.

Indian bowlers came all gun blazing on Sunday as New Zealand lost their top eight wickets inside 177 runs. Though Kyle Jamieson staged a late fightback for his side with a crucial 49-run knock, the hosts were eventually bundled out for 235 in their first innings.
Shami was the pick of the bowlers for India with four wickets, followed by Jasprit Bumrah’s figures of three for 62. Ravindra Jadeja bagged two wickets for his side, while Umesh Yadav chipped in with two wickets.