5 Army soldiers killed in encounter in Jammu and Kashmir

by News Next Desk
in LATEST NEWS, INDIA, INDIAN ARMY 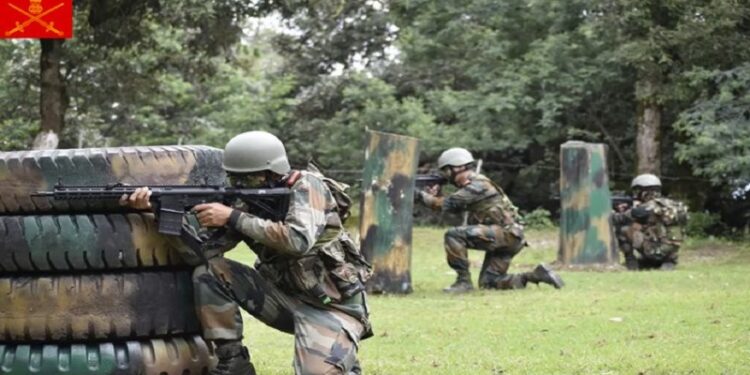 A Junior Commissioned Officer (JCO) and four Jawans were killed on Monday during a fierce encounter between security forces and heavily armed terrorists in Poonch district of Jammu and Kashmir.

The operation was launched in a village close to DKG in Surankote in the early hours following intelligence inputs about the presence of terrorists, a Defence spokesman said. The Army has cordoned off the area as three to four militants were believed to be trapped there.

The spokesperson said the ultras opened heavy fire on the search parties resulting in critical injuries to the JCO and four other ranks. All the five soldiers succumbed to their injuries.

“The critically injured JCO and four jawans were evacuated to the nearest medical facility but succumbed to their injuries. The operation is still going on,” the Army said in its official statement.