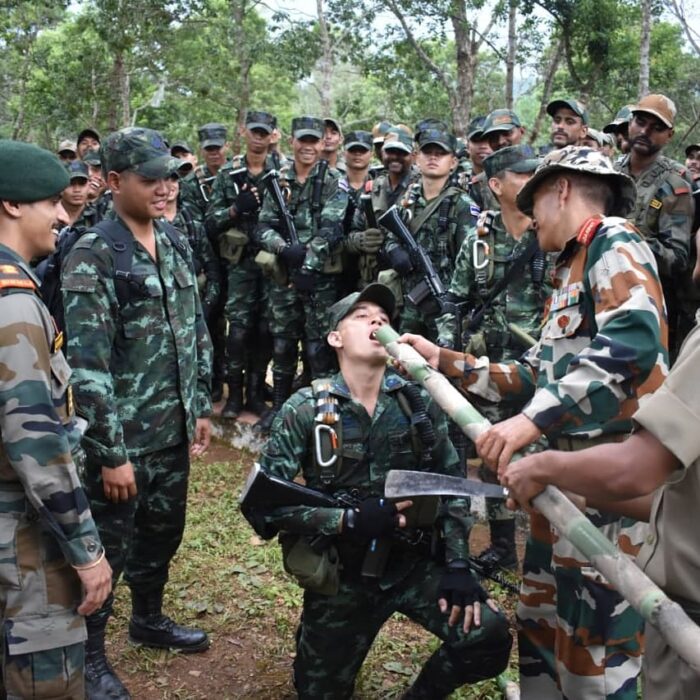 New Delhi: Amid the novel coronavirus outbreak, the Indian Army issued a fresh advisory on Friday, saying 35 per cent officers and 50 per cent junior commissioned officers (JCOs) in the headquarters will take turns in working from home for a week from March 23. The second group of officers and JCOs will proceed on home quarantine on March 30.

“Thirty-five per cent officers and 50 per cent JCO/OR to work from home adhering to home quarantine for one week starting March 23, 2020. The second group to proceed on home quarantine on March 30, 2020. Intermixing of groups has to be avoided. It shall be ensured that personnel are available on telephone and electronic means at all times for exigencies of work,” the Army said. Zee Reported.

The decision has been taken to minimise contacts in the wake of the COVID-19 threat.

1. Awareness campaigns are being run on precautions to be taken within the Army and also for communities in near vicinity to Army establishments.

2. All conferences and seminars postponed till April 15

3. Temporary Duty of all ranks rescheduled/cancelled till April 15

4. Leave of personnel already on leave to be extended till April 15 at the discretion of Competent Authority.

5. All service personnel (less Army Medical Corps) attending courses terminating prior to April 15 to be retained at respective training institution for which additional training programme to be issued.

6. NO move of officers to/from country of foreign assignment whether on leave or completion of tenure till April 15

8. Entry to CSD to be regulated and crowding/bunching to be avoided.

9. Posting of all personnel to be deferred.

10. Army appeals to Veterans and Civilians living within and in the vicinity of Army Cantonments/Stations to adhere to Social Distancing norms and to support additional/enhanced measures instituted to prevent the spread