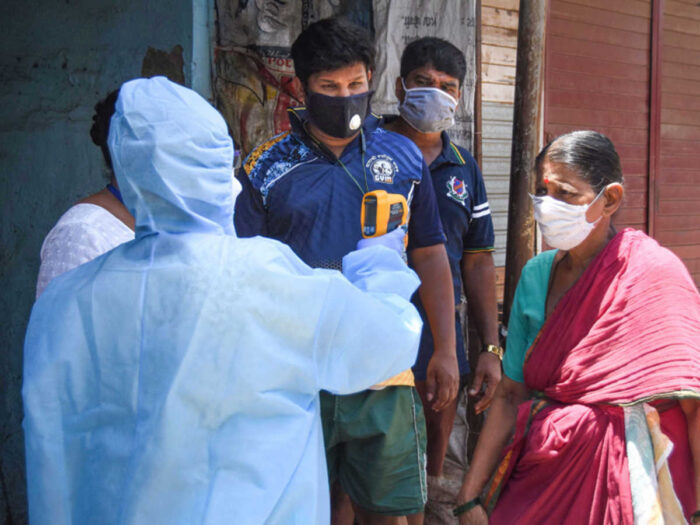 Bengaluru: The Karnataka government on Tuesday told a central team that community spread of COVID-19 was not happening in the state. Chief Minister B S Yediyurappa today held discussions with the team consisting of Arti Ahuja Additional Secretary- Health and Family Welfare and P Raveendran, Director- Emergency Medical Relief (EMR), regarding COVID-19 situation in the state.

Senior Ministers and officials of the state government were present at the meeting. “There is no community spread so far, I am making it very clear. We are still in between the second and the third stage, we haven’t reached the third stage yet,” state Health Minister B Sriramulu said. Speaking to reporters after the meeting, he said, we have informed this to the central team and they too have accepted it and have advised us to see to it that we don’t reach the third stage. As of July 6 evening, cumulatively 25,317 COVID-19 positive cases have been confirmed in the state, which includes 401 deaths and 10,527 discharges.

Noting that the central team during the meeting with the Chief Minister, Ministers and officials discussed COVID-19 management in the state, Sriramulu said, they have suggested for more testing to be done at the containment zones. He said the team also appreciated the measures taken by the state government and suggested to do more. The team will be visiting various containment zones, COVID care centres and meet Chief Minister once again. Observing that 600 contract doctors are demanding that they be made permanent, Sriramulu said the CM has agreed to it, they will be “absorbed”, the Chief Secretary will be holding discussions with doctor’s association in this regard.

The Minister also appealed to ASHA workers not to go on strike and will look into their demands. ASHA workers, who are in the frontline of the fight against Covid-19, have threatened to boycott work as their demands have not been met by the government. They have been urging the government to ensure them a monthly wage of ₹12,000, including the honorarium and incentives

872 railway employees, kin, ex-staffers test positive and 86 of them have died for Covid-19