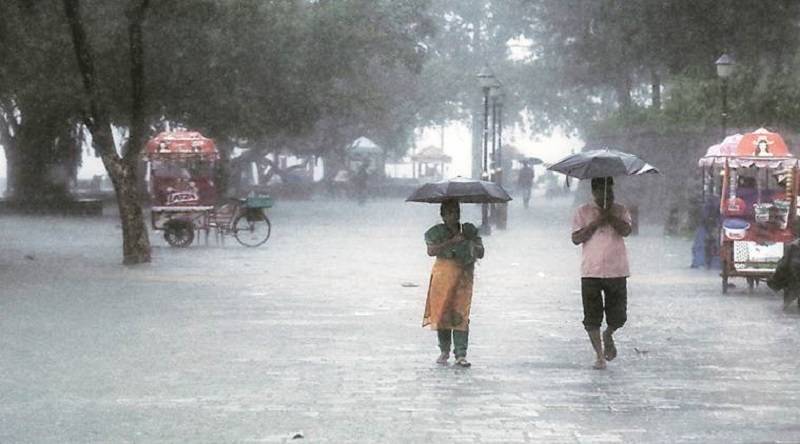 New Delhi: The India Meteorological Department (IMD) on Saturday said that rainfall activity was likely to increase over northwest India from tomorrow (Sunday, 25 July). Among the states that are likely to witness heavy rainfalls are Uttar Pradesh, Haryana, Uttarakhand, and Himachal Pradesh.

The weather department has predicted widespread to very heavy rainfalls over Uttarakhand during 25th-28th July; Himachal Pradesh, Haryana and West Uttar Pradesh during 26th-28th July; and Punjab and East Uttar Pradesh on 27th and 28th July. The IMD has also predicted extremely heavy rainfalls over Himachal Pradesh and Uttarakhand on 27th and 28th July.

According to the department, Gujarat is likely to witness an “active wet spell” till July 27. Today, some parts of Uttar Pradesh, Rajasthan and Haryana witnessed light to moderate rainfall. Delhi recorded a maximum temperature of 36 degrees Celsius and a minimum of 27.3 degrees Celsius. The IMD has predicted generally cloudy skies with light rain or drizzle on Sunday. It has issued an orange alert for the city for July 26. The department has predicted rainfall and thundershowers at a few places in Uttar Pradesh on Sunday with heavy downpour at isolated places in the western part.