by News Next Desk
in LATEST NEWS, BREAKING NEWS, MANGALURU, KARNATAKA
A A 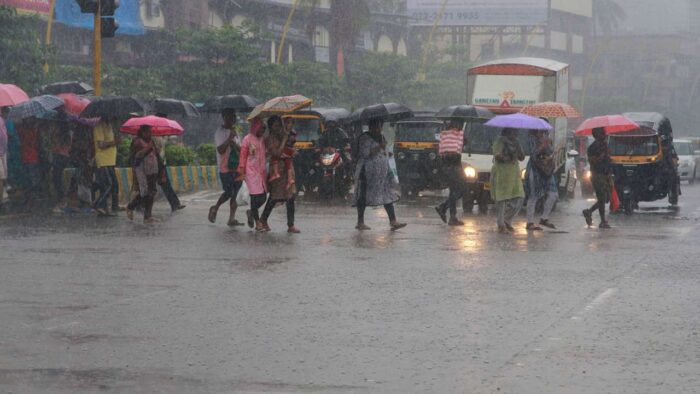 The weather body has also issued an orange alert for three other districts for the same period, in its weather bulletin earlier in the day. ‘Red alert for heavy to very heavy rainfall issued in Dakshin Kannada, Udupi and Uttara Kannada districts for today and tomorrow.

Orange alert issued in Kodagu, Hassan, Chikkamagaluru and Shivamogga districts for the same period,’. Between 1pm on June 18 and 8.30am on June 19, a red alert was issued for Dakshina Kannada, Udupi and Uttara Kannada districts. For the same time period, four districts namely Chikkamagaluru, Hassan, Kodagu and Shivamogga, have been issued an orange alert, according to the IMD’s bulletin.

Dakshina Kannada, Udupi and Uttara Kannada districts were also issued an orange alert for the 24 hours. Fishermen have been advised against venturing into the sea for two days on Friday and Saturday because of strong winds reaching between 40kmph and 50kmph speed, the IMD further said.

The IMD also said that rain is very likely for the capital city of Bengaluru and its surroundings in the next 48 hours. However, it also said that a generally cloudy sky could be observed in the city and its neighbourhood.