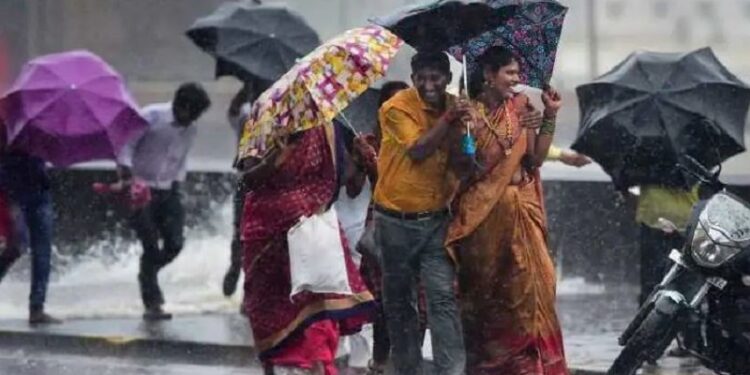 A low-pressure area, which formed on Saturday, concentrated into a well-marked system over the northwest Bay of Bengal, off the coasts of Odisha and northern Andhra Pradesh, IMD said. It is expected to intensify into a depression during the next 48 hours and move northwestwards across Odisha and Chhattisgarh, the Bhubaneswar Meteorological Centre explained.

On Monday, the India Meteorological Department (IMD) had issued an ‘orange’ alert for Mumbai, predicting heavy to very heavy rainfall at a few places. The city started witnessing heavy rains from Monday midnight, and the intensity increased early Tuesday morning with strong winds, according to some citizens.

Some low-lying areas like the Andheri subway were submerged, forcing authorities to divert the traffic through alternate routes, civic officials said. The MeT office has forecast moderate to heavy rainfall in the city and suburbs with a possibility of very heavy to extremely showers at isolated places in the next 24 hours.