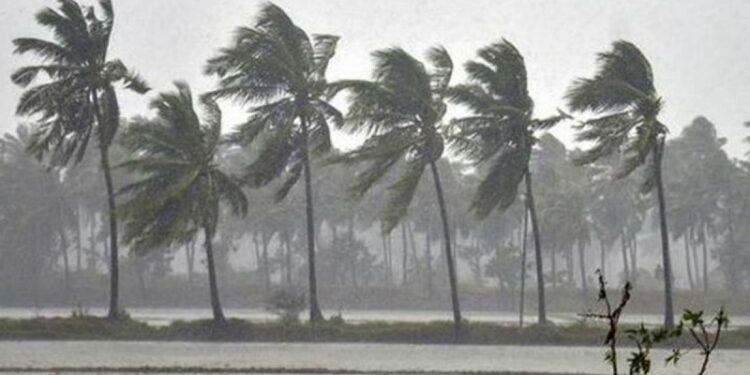 On Thursday, India Meteorological Department (IMD) said Intense rainfall activity will continue over three southern states Tamil Nadu, Kerala and Karnataka for the next 3 days following which, the rains are likely to reduce. IMD issued Heavy Rainfall alert in these Southern states till Monday. Further, the weather agency has issued a red alert for 8 Kerala districts and an orange alert for the rest of the state.

A red alert for the day has been issued for Pathanamthitta, Alappuzha, Kottayam, Ernakulam, Idukki, Thrissur, Palakkad and Kannur and an orange alert in the remaining districts. Landslides and flash floods in Kerala triggered by heavy rains killed 18 people in the last few days, damaged hundreds of properties and displaced thousands to relief camps, the state government had said on Wednesday.

Extremely heavy rainfall are also over ghat areas of Tamil Nadu and Kerala & Mahe on 4 and over Coastal & South Interior Karnataka on 5 August. Very heavy rainfall is also likely over Chhattisgarh from 5 to 8 August; over Madhya Pradesh, Vidarbha and Gujarat State on 8 August and over Madhya Maharashtra & Konkan & Goa between 5 and 8 August.

Fairly widespread rainfall with isolated heavy falls and thunderstorm/lightning very likely over Sub Himalayan West Bengal & Sikkim on 5 August; over Jharkhand 6 & 7 and Odisha between 5 and 8; Nagaland, Manipur, Mizoram & Tripura during 4th-8th; over Andaman & Nicobar Islands during 4-6 and over Assam & Meghalaya on 4, 5 August

The killing of Praveen Nettaru, the resignation of activists shock, Amit Shah upset over Basavaraj Bommai