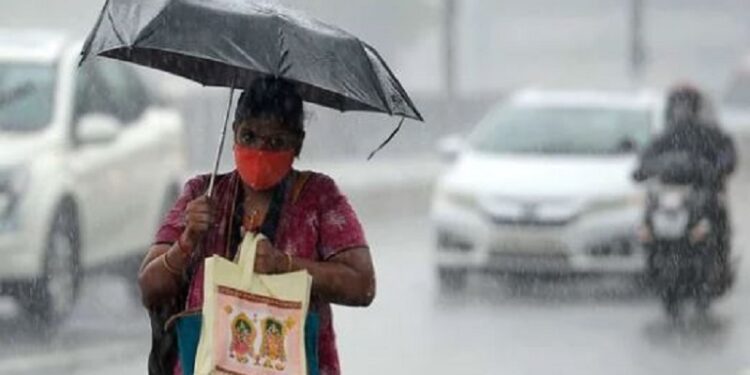 The people of the city are celebrating the festival of Varamahalakshmi today. India Meteorological Department has predicted that there will be thundershowers across the state today and tomorrow. IMD Issued Heavy rainfall alert in Karnataka today, tomorrow.

IMD Issued Heavy rainfall alert in the coastal areas and a warning has been issued not to go into the sea. Apart from this, yellow alert has been announced for Bengaluru city, Chamarajanagar, Hassan, Mandya, Mysuru, Tumkur districts and orange alert for Chikkamagaluru and Kodagu districts.

Heavy Rain: School holiday declared in this district for 2 days

Due to the continuous heavy rain in the district, people are left reeling. There is a situation where it is impossible to leave the house. Heavy Rain: School holiday declared in this district for 2 days. Meanwhile, the weather department has forecast heavy rain for four days from tomorrow.

In this background, school holiday has been announced for schools in Chamarajanagar district for 2 days August 5 and 6. District Collector Charulata Somal has issued an order in this regard and it has been raining heavily in the district for the last two to three days.

Also Read: Schools holiday declared in this district tomorrow due to heavy rain

Life has been disrupted due to rain. Meteorological department has predicted more rain tomorrow. Therefore, tomorrow and day-after-tomorrow (August 5 and 6) all the Anganwadi, Primary and High Schools of Chamarajanagar district have been declared holiday.

Rainfall will occur over the state for the next 3 hours. The India Meteorological Department has issued a forecast to the District Collectors of 20 districts to take precautionary measures regarding the damage that may be caused by rain.