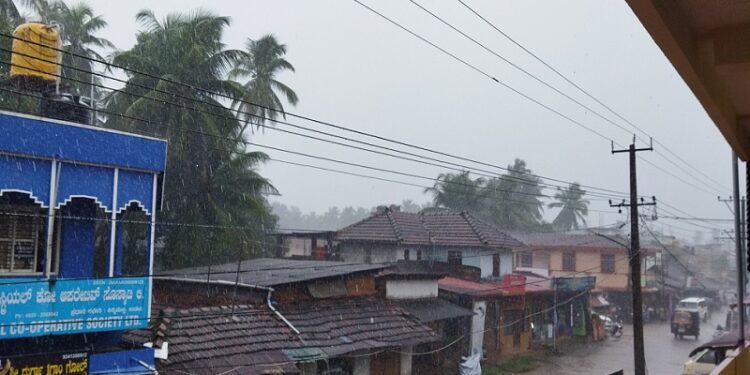 Indian Meteorological Department (IMD) issued heavy Rainfall alert very likely over Coastal Karnataka, Konkan and Goa, , Kerala and Mahe and southern parts of Saurashtra during next 4 days. over the Interior Karnataka, ghat areas of Madhya Maharashtra, and south Gujarat region on 25, 26 and 29 June. Very heavy rainfall also likely over Konkan, Goa and Coastal Karnataka on 25, 26, 28 and 29 and over ghat areas of Madhya Maharashtra and southern parts of Saurashtra on 25 June.

Scattered rainfall over Gujarat state, Telangana, Andhra Pradesh and Yanam and Tamil Nadu, Puducherry and Karaikal during next 5 days. Widespread rainfall with thunderstorm, lightning very likely over Chhattisgarh, Vidarbha and isolated to scattered rainfall over Madhya Pradesh during next 5 days. Heavy rainfall likely over Chhattisgarh during 25-29 June, over Vidarbha during 26-29 June, and over East Madhya Pradesh during 27-29 June.