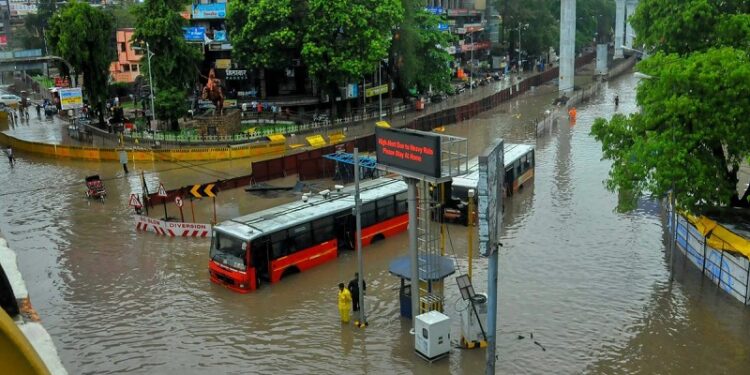 Rainfall alert In Karnataka: It is expected to bring very heavy rainfall to the adjoining region for the next couple of days. IMD Alert heavy rainfall in Karnataka for next 2 days. Expected as India Meteorological Department (IMD) in its forecast had predicted heavy rains in Karnataka.

Meanwhile, due to wind discontinuity over peninsular India in lower tropospheric levels, scattered rainfall with thunderstorm/lightning/gusty winds is very likely in Karnataka during next 2 days. Including Karnataka other south states like Kerala, Tamil Nadu, Andhra Pradesh and Telangana during next 2 days.

Heavy rains accompanied by gusty winds claimed uprooted several trees across across the city on Wednesday. The short spell of rain also claimed a life. Robin Marosh (33), who was travelling in an autorickshaw, died after a huge tree fell on the moving vehicle near Desai Circle.

The driver of the auto sustained minor injuries. Two passengers in a car behind the auto had a miraculous escape after a tree branch fell on their vehicle. Power supply was disrupted as electricity poles were uprooted in several areas.

Expected as India Meteorological Department (IMD) in its forecast had predicted heavy rains in Karnataka. over Tamilnadu-Puducherry-Karaikal on 05th May. Under the influence of southwesterly winds from Bay of Bengal, light to moderate rainfall is expected over Northeast India & West Bengal-Sikkim during next 3 days.

The India Meteorological Department (IMD) said under the influence of a Western Disturbance, isolated light rainfall, dust storm, and thunderstorm with winds gusting up to 50 kmph is very likely over Punjab, Haryana, Uttar Pradesh and Rajasthan during the next two days. IMD alert heavy rainfall in these states till May 8.

Delhi residents on Wednesday rejoiced as the Capital city received rainfall along with strong winds as a result of a Western Disturbance over the northwest Himalayan Region. The temperature in Delhi settled around 25 degrees Celsius or less post 9 pm. There were gusty winds around 50 kmph at Palam, IMD said.

IMD has predicted a partly cloudy sky with the possibility of thundery development for Thursday. However, the maximum temperature would hover around 40 degrees Celsius. The mercury is set to rise by four to five notches over the next six days. However, no heatwave is predicted until May 8, an IMD official said.

Also Read: Cyclone alert issued in this state, these 18 district authorities asked to be prepared

Also Read: IMD alert heavy rainfall in these states till May 8