I’m not batting well, but..” Virat Kohli broke his silence about form 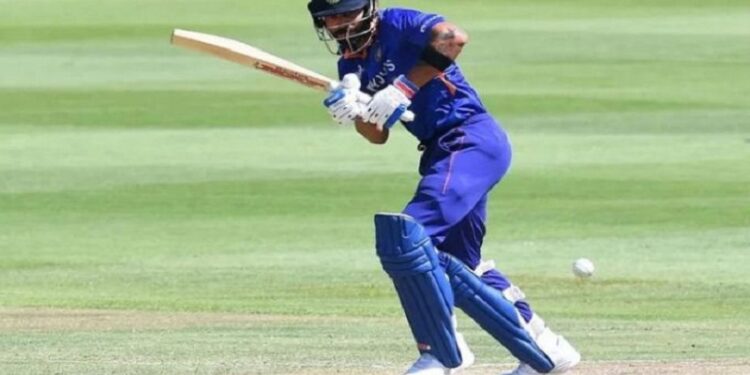 Virat Kohli, who was called as the run machine of Team India, is currently facing the toughest time in his career. It has been exactly 34 months since Kohli did not score a century in international cricket.But he is selected for Asia Cup.I’m not batting well, but..” Kohli broke his silence about form

Virat Kohli’s batting form is being heavily debated in the cricket world. Several former cricketers, including former captain Kapil Dev, had recently expressed their opinion that Kohli should be dropped from the Indian team. But Kohli, who was silent till now, has now broken his silence about his batting form.

I don’t think I am batting well. I’m in a good mood. So it’s not a big deal for me. But England was not in a good rhythm. I experienced it while playing there. But there are ups and downs in life. Once I get past this stage, I know very well how I can perform consistently. I feel that what I am experiencing now is a great lesson in life,” said Virat Kohli.

Virat Kohli has not scored a century in international cricket since he scored a century in a Test match against Bangladesh at Eden Gardens in Kolkata in November 2019.Team India Star Kohli has been facing a drought of centuries for the last one thousand days. But in T20 cricket, Virat Kohli is in great form and has scored 675 runs at an average of 42 from 24 matches played in the last two and a half years.

Also Read: You will be surprised if you see Hardik Pandya’s car collection

Kohli is currently preparing for the Asia Cup 2022 with the Indian team and is looking forward to the tournament. The tournament will begin on Saturday and India will face arch-rivals Pakistan in their first match on Sunday at the Dubai International Cricket Stadium.

You will be surprised if you see Hardik Pandya's car collection