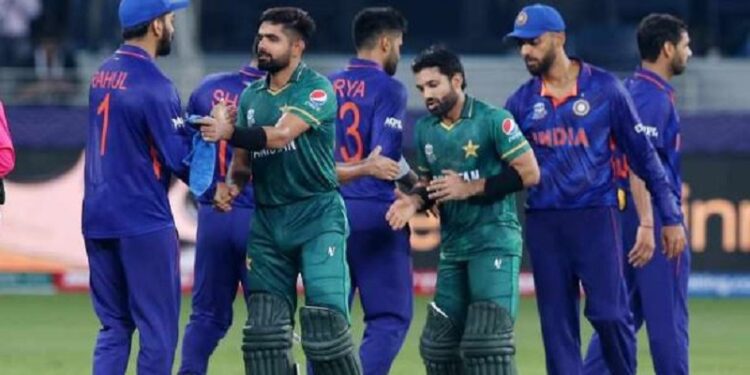 According to the new rule of ICC, 20 overs should be completed in this time. Otherwise, one of the fielders will have to change during the remaining overs as punishment. But in a high-voltage match, the captains of both the teams failed to complete the 20 overs in the stipulated time. ICC’s new rule is a boon for Team India against Pakistan.

Team India, who bowled first, completed the allotted time in 17 overs. Also this time Pakistan team scored only 114 runs for the loss of 7 wickets. But after that, taking advantage of the new rule of ICC, the players of the Pakistan team managed to score 33 runs in the last 17 balls. By this, he gave a target of 148 runs to Team India.

The story of Pakistan bowlers was no different. Pakistan team also completed only 17 overs in the allotted time. Taking advantage of this, Team India got a thrilling victory by scoring 32 runs in the last 3 overs. In one sense, it can be said that the new rule made by ICC was a boon for the chasing team India.

According to the new ICC rule, the bowling team will have to complete their quota of overs within the stipulated time in any case. If the team falls behind in the over rate, one of the fielders must remain within 30 yards for the remaining overs. That is, if 20 overs are not completed within the stipulated time, one fielder on the boundary line must stop fielding in the 30 yard circle (front fielder).

5 fielders can be stopped outside the 30-yard circle after the power play (first 6 overs). But after the new rules, only 4 fielders will be allowed to stand outside the circle if the over is not completed within the stipulated time. This rule will come into effect from 16th January 2022, which will put the bowling team at a disadvantage during a tightly contested match. At the same time, it will be a boon for the batsmen.

Also Read: One Plus Nord wired earphone launched in India: Price only Rs.799

Even in the match against Pakistan, Pakistani bowlers did not complete the over at the stipulated time, which became a plus point for Team India during the death overs. Also, Hardik Pandya showed a furious batting in the final phase and brought an exciting win to the Indian team.