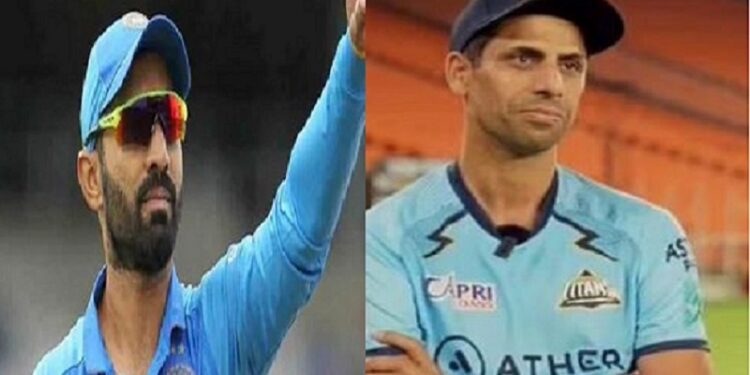 Dinesh Karthik has been given the new role of finishing the matches which he was doing with his new IPL franchise Royal Challengers Bangalore. On Friday, Karthik smashed a fifty to help India post a respectable total at Rajkot. With that fifty he became India’s oldest cricketer to score fifty in the shortest format of the game.

Cricket experts around the world went crazy after his inspiring comeback to Team India. Former India cricketer Ashish Nehra feels that Dinesh Karthik has already booked his place in India’s squad for the ICC T20 World Cup 2022 scheduled to be played in Australia.

He was also involved in a crucial 65-run stand-off off 33 balls with Hardik Pandya to set up India’s 82-run thrashing of South Africa and take the series to a cracking finale at Bengaluru on Sunday. Today (Friday) he batted at No.6, which I liked, and that fact that he scored a half-century… his innings was longer and he got to bat earlier in the game… so these are the expectations you have from your most experienced player whom you have recalled to the team,” Nehra said.

“Yes, he does score runs in the last 3-4 overs, but experience means that he knows a lot of other things as well. Selectors and team management should all be happy. The knock surely will give him confidence as well and going forward, this entire talk about impact at that batting position… you have Hardik Pandya, Rishabh Pant, Ravindra Jadeja, and then the experience of Karthik.

He is the kind of player who can help you chase down even targets of 200 in Australia,” former India pacer added. The fifth and final T20I which is also the series decider will be played on Sunday in Bengaluru.