‘I just read out list given to me’: Tejasvi Surya revisits BBMP war room, apologises

by News Next Desk
in LATEST NEWS, POLITICS, BANGALURU, KARNATAKA
A A 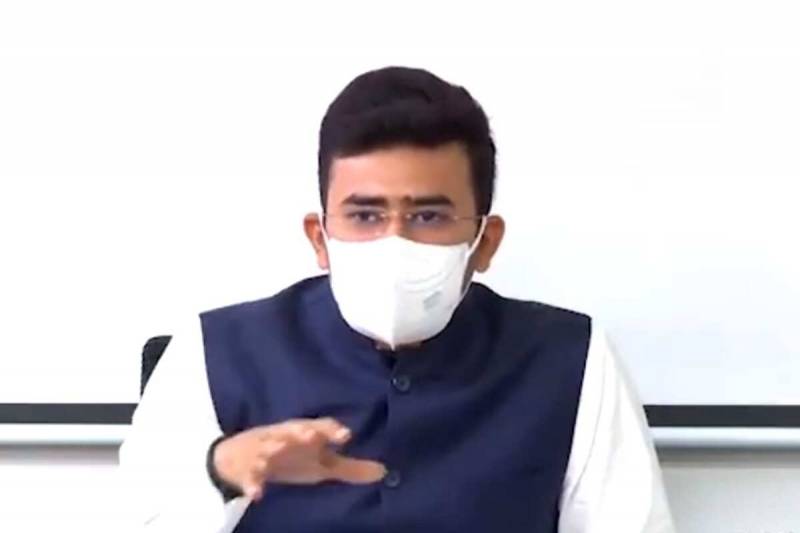 Bengaluru: Bangalore South MP Tejasvi Surya, in the eye of a storm for having communalised the bed allocation operation of the Bruhat Bengaluru Mahanagara Palike (BBMP) when the city is in the throes of its worst outbreak of Covid-19.

Apparently went back to the Bengaluru south zone war room yet again on Thursday. This time to apologise. This came hours after a two-day-old video of Surya went viral. In the video, Surya is seen storming into the war room along with four MLAs from his parliamentary constituency, reading out 16 names of Muslim employees, while another MLA asks if they are running a helpline or a madrasa.

Fact checks over the claims that these 16 members of the war room were involved in a bed allocation scam led to a deadend, as only one of these 16 was part of the team of bed allocation and he had joined it temporarily just last week to replace another employee who had a personal emergency at home.

The other 15 most of them young graduates in their early twenties were members of other teams involved in indexing, home isolation supervision and discharge of patients who finished quarantine period. “My employees called me to say that Surya had visited the war room. He apparently told them ‘I have nothing personal against any of you.

If anyone or any community is hurt emotionally by my visit, I apologise for that. I wanted to probe the bed allocation scam which had come to my notice, but if my actions had hurt anyone, please accept my apologies,’ he told the staff,” said Shivu Naik, project manager of the Crystal Infosystems and Services, the agency that had hired and delegated manpower for the hurried war rooms of the BBMP.