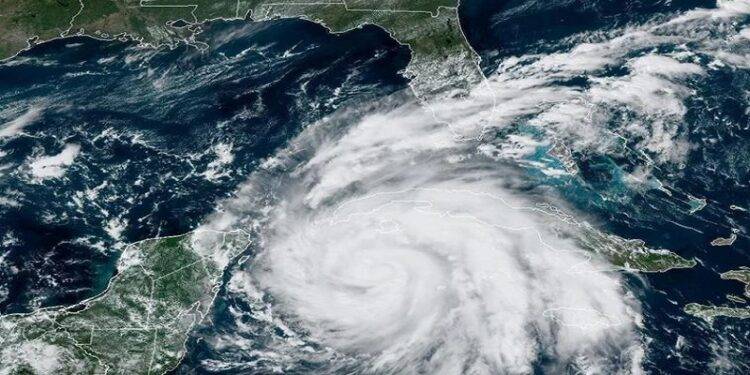 Hurricane Ian made landfall near Cayo Costa, Florida, on Wednesday as a major Category 4 storm — the second-strongest possible category on the Saffir-Simpson Hurricane Wind Scale, according to the National Hurricane Center. The southwestern part of the state is already feeling its impacts. Hurricane Ian storm surge in Florida.

DeSantis said the storm surge likely peaked at about 12 feet.

While it’s still too early for officials to assess structural damage, over 1.8 million people in the coastal towns were without power as of Wednesday evening, according to poweroutage.us. Flooding swept away cars and buildings, and downed power lines sparked fires in coastal towns. Several cities asked residents to conserve water as flooded water facilities struggled to keep up with demand.

And Florida isn’t out of the weeds just yet. The governor and other state officials warned Wednesday evening that as Ian moves inland, residents in central and northeast Florida could see tornadoes, high winds and flash flooding. Several counties near Jacksonville and St. Augustine are under full or partial evacuation orders.

At 11 p.m. ET, Hurricane Ian had maximum sustained wins of 90 mph, making it a Category 1 storm. It made landfall earlier in the day as a major Category 4 storm.