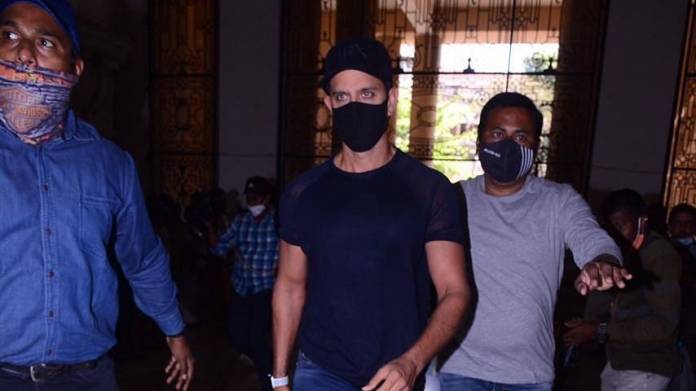 Hrithik Roshan can be seen wearing a black t-shirt and blue jeans. He completed his look by wearing a matching black cap and a mask. Hrithik filed the impersonation case against Kangana Ranaut alleging that the actress had sent him 1439 emails reportedly, to which the ‘War’ actor never responded.

He also claimed in his complaint that the ‘Thalaivi’ actress has allegedly mentally harassed him. The ‘Super 30’ actor was summoned by the Mumbai Police to appear for his interrogation on Fenruary 27, 2021. On the professional front, Hrithik will be next seen starring in Siddharth Anand’s ‘Fighter’ opposite Deepika Padukone.