Home » How Wuhan tested 6.5 million for coronavirus in days

How Wuhan tested 6.5 million for coronavirus in days 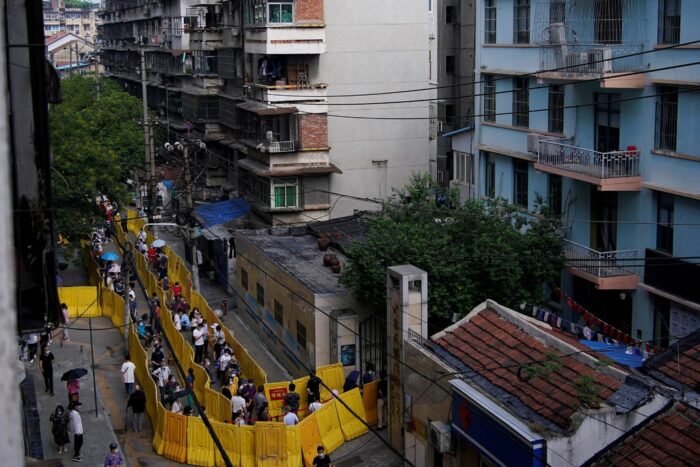 Wuhan: In Wuhan, medical workers armed with coronavirus test swabs scoured construction sites and markets to look for itinerant workers while others made house calls to reach older residents and people with disabilities. Officials aired announcements over loudspeakers urging people to sign up for their own good.

These are the front lines of an unprecedented campaign to screen virtually all 11 million people in Wuhan, the central Chinese city where the coronavirus pandemic began. Nearly two weeks in, the government is getting close to reaching its goal, with 6.5 million tested so far. “Our community was checked in a day,” said Wang Yuan, a 32-year-old resident who lined up under red tents near her home and had her throat swabbed by medical workers wearing protective suits and face shields. She expected to get her results within two to four days.

While other governments have struggled to provide testing for their populations on a broad scale, China has embarked on a citywide campaign to prevent a resurgence of infections at all costs. It has succeeded, according to residents and Chinese news reports, by mobilizing thousands of medical and other workers and spending hundreds of millions of dollars. The government, which is covering the cost of testing, sees the drive as key to restoring the public confidence that is needed to help restart the economy and return to some level of normalcy. But public health experts disagree on whether such a resource-intensive push is necessary when infections are low.

The drive which has reached more than 90 percent of the city after taking into account people who had been recently tested and children has largely confirmed that Wuhan has tamed the outbreak. By Tuesday, only around 200 cases were found, mostly people who showed no symptoms, though samples were still being processed.

The city has ramped up its testing capacity over the past two weeks, in sharp contrast with the early weeks of the outbreak when the government struggled to find enough testing kits. Lab technicians were able to speed up the process by pooling samples together to be tested in batches. Laboratories went from processing around 46,000 tests a day, on average, before the drive, to as many as 1.47 million tests on Friday. By comparison, the state of New York has tested 1.7 million people since March 4, according to The Atlantic’s COVID Tracking Project.

The Wuhan government is determined to leave no person behind. Officials, ordered to “check the leaks and fill the gaps,” also went from door to door to register residents and usher them to nearby testing stations. In at least one neighborhood, officials warned in public announcements that residents who refused to get tested would see their government-issued health codes downgraded, potentially limiting a person’s right to work and travel.

“If you do not participate, you will not be allowed to enter supermarkets or banks,” the announcement said. “Your green code will turn yellow, which will cause inconvenience to your life.” The Wuhan government had urged the “small number of residents” who had still not submitted to testing to sign up for it before 5 p.m. on Tuesday. People were warned that if they did not do so before the deadline, they would have to pay to get tested in the future.