Home » How Kerala plans to tackle community spread of covid-19

How Kerala plans to tackle community spread of covid-19 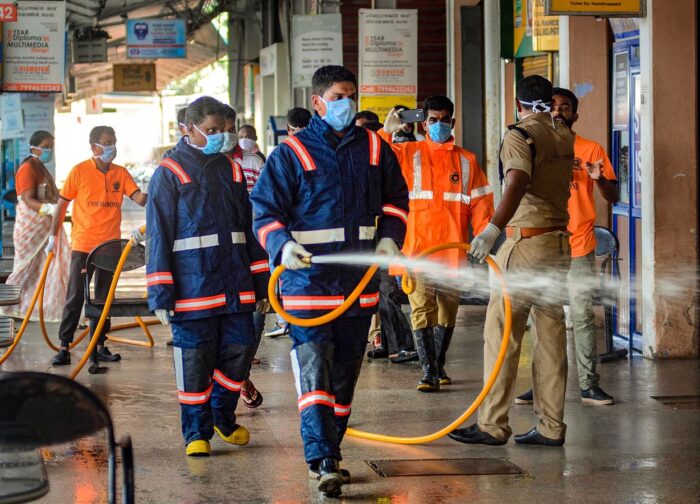 Kerala: How can a government respond to the coronavirus pandemic differently once it admits to community transmission? Kerala offers a rare opportunity to observe such a move, being the only state, which has officially confirmed community spread in two coastal villages in its biggest city, Thiruvananthapuram.

A community spread is generally accepted when a region has multiple, independent clusters of infections, where cases emerge beyond the contact loop of existing patients. Though the central government has repeatedly denied its occurrence in the country, almost all major cities are seeing a large number of cases of infection where the source is unknown, most famously of the Bollywood actor Amitabh Bachchan.

In some states, like Karnataka, cases are being classified as “contact under tracing” for weeks together and claimed that the state was not in the face of community spread. Kerala has, however, addressed this differently.

“People don’t officially admit. But there is nothing to be shy about community spread. We are spreading a message that anyone and anybody could be infected in this region. It actually takes you the next level in giving perspective to the people,” said Mohammed Asheel, a doctor and core member of the state’s covid-19 task force.

Operationally, redeployment of health staff from contact tracing to curative measures is the biggest shift, said Asheel. “When there is a community spread, more than the cases, we are preventing deaths. We need not go for extensive contact tracing and source identification in that area. Entire area is a source,” he said. “As a next step, from a preventive aspect, we are focusing more on a curative aspect. Meanwhile, we are also implementing cluster containment strategies for precautions to limit circulation,” Asheel added.

As part of the redeployment, around 100 additional doctors and other medical staffers have been deployed in the two coastal villages, Pulluvila and Poonthura, where community spread is confirmed, said Asheel. Also, the state had already identified the whereabouts of people who could be vulnerable to the virus, such as aged people, pregnant women, children, and so on.

“The medical teams are tasked with checking upon them in home-to-home visits. They cannot return back to the town, they will stay with the villagers in rooms rented by the government, to ensure compliance with the ban on movement,” Asheel said.

The coastal hamlets are divided into three zones for surveillance. A squad of senior civil servants, posted as incident commanders, hundreds of policemen and drones have effectively cordoned off the area from outsiders, apart from a shutdown of the city itself since 6 July.

Officials and volunteers have sealed off its borders, erected barricades to prevent the entry of outsiders and vehicles. Even food trucks in the twin villages are stopped at the borders, their supply shifted into smaller vehicles and carried into the villages, according to the police. As they are bordered by the sea on one side, Coastal police are also up for patrol.

The state has set up first-line treatment centre’s that can accommodate about 2000 people from the villages. In a first, the state is also setting up reverse quarantine centres. A school is converted into a mini-hospital in one of the villages, to treat people facing mild symptoms and are facing some difficulty.

However, some complaints plague the region, from a shortage of food and livelihood options owing to the lockdown, to an outfit of doctors blaming the additional workload. “We have hired about 8000 additional medical staff since January. The situation has not come to a level where we are seeing a 100% occupancy in hospitals. But we will hire more if the situation worsens,” said Asheel. “Meanwhile, we have reached out to private hospitals and asked them to keep ready some beds to be handed over in case if the need arises. We are also solving some initial bottlenecks for arranging food in the lockdown areas,” he added.