by Anil Gundmi
in COURT NEWS, KARNATAKA, LATEST NEWS
A A 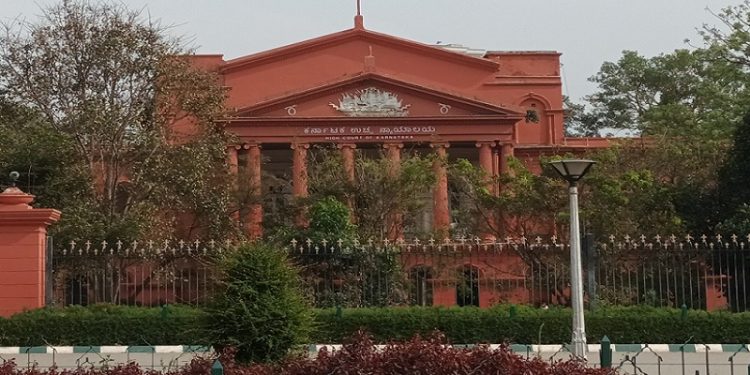 As soon as the court proceedings began, a lawyer appearing for the petitioner girls requested the full bench of the Karnataka High Court for some relaxation to the Muslim girls who wish to appear in the schools and colleges with Hijab. They had moved the court against the hijab issues.

The Karnataka government on Tuesday told the High Court that there is no restriction on wearing Hijab in India with reasonable restrictions subject to institutional discipline. Countering the petitioner Muslim girls from Udupi district, who challenged the restriction on Hijab inside the educational institutions, Karnataka Advocate General Prabhuling Navadgi said the right to wear the headscarf falls under the category of 19(1)(A) and not Article 25 as has been argued by the petitioners.

The full bench of Chief Justice Ritu Raj Awasthi, Justice J M Khazi and Justice Krishna M Dixit is hearing a batch of petitions seeking permission to wear Hijab inside the classroom. Navadgi further said the institutional restriction in the present case is only inside the educational institutions and not anywhere else. Arguing further, he said the independent claim of 19(1)(A) cannot go together with Article 25.