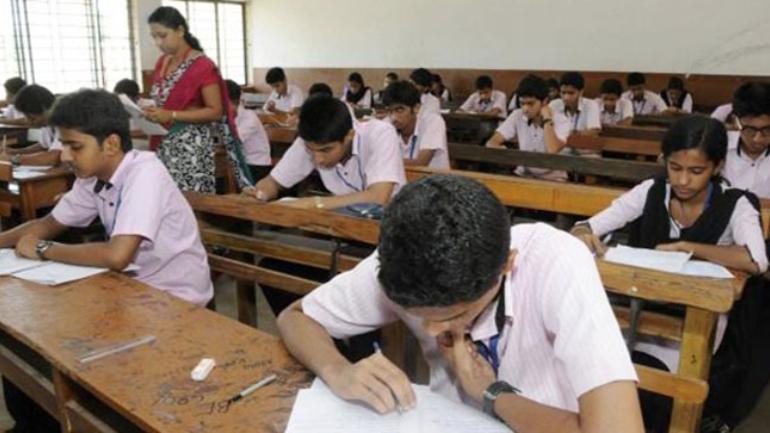 Mumbai: Taking note of the rising cases of COVID-19 and the subsequent deaths in Maharashtra, the Bombay High Court, on Monday, ordered the state government to spell out its clear stand as to whether it would allow ISCE and ISC examinations to be conducted here. The HC has also ordered the union government to clarify if it has taken any decision for allowing or disallowing board exams across India.

A bench of Chief Justice Dipankar Datta and Justice Sambhaji Shinde has further issued a directive to the Council of Indian School Certificate Examination (CISCE) to finalise its alternate marking methodology for the students, who would opt not to appear for the exams physically. The bench was dealing with a clutch of petitions, some seeking the cancellation of Standard 10 and Standard 12 examinations, in view of the pandemic, claiming that if students are allowed to sit for the exams, they would run the risk of getting infected by the deadly virus. CISCE had earlier informed the bench, led by CJ Datta, that it will not be forcing any student to sit and write the exams.

Through senior counsel Darius Khambata, it had also told the bench that students, who would opt not to physically appear for the pending exams, would be marked as per their internals. However, the board had not placed on record the method it would be using to mark students who will be seeking this option. Notably, last week, the state government through advocate general Ashutosh Kumbhakoni had primarily opposed the conducting of exams in Maharashtra, claiming that the virus could spread through papers. On Monday, when the bench took up the matter for hearing through video conference, CISCE told the judges that it could not finalise its methodology due to ‘unavoidable reasons’ and that the same would be done by Friday.

The bench, while hearing the arguments, took note of the fact that the Allahabad High Court had, on June 15, ordered the union government to take a final decision on whether it would allow the Central Board of Secondary Education’s (CBSE) Standard X and Standard XII exams to be conducted, which are also scheduled to take place in July, just like the ISCE and ISC exams. The judges, accordingly, ordered Anil Singh, the additional solicitor general (ASG), to place on record the decision, if any, taken by the union government in this respect, on the next date of hearing. “We have also explained to the AG our concern for the examinees in view of the prevailing situation, where the number of persons testing positive for COVID-19 in the state is on the rise together with the death toll.

The AG has also assured us to return by the next date with the stand of the state government in respect of the ensuing examinations,” CJ Datta noted in his order. The bench was further informed that a similar issue is pending for consideration before the Supreme Court, which is likely to hear the matter on Tuesday. Meanwhile, senior counsel Dr Birendra Saraf, who represented a few parents, told the judges that a number of examinees are willing to write the remaining papers of the examination physically, since they have put in hard work to prepare, and that any decision taken by the state or by the union to cancel the examinations would be detrimental to their interest.

“Hence, an option ought to be left open for such examinees to write the examinations physically,” Saraf submitted. The bench, however, cited the decision of the CISCE, wherein it has decided to allow students to write their papers even in September. The bench, accordingly, adjourned the matter for further hearing till June 24.

One more victim of coronavirus in Dakshina Kannada

One more victim of coronavirus in Dakshina Kannada