Heavy rainfall in this state : schools closed in 2 districts today

by Anil Gundmi
in EDUCATION, LATEST NEWS
A A 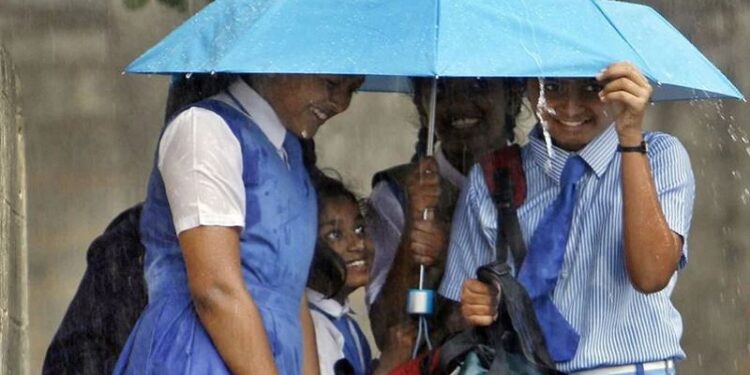 To move west-northwestwards across north Madhya Pradesh and weaken into a Well-Marked Low Pressure Area during next 24 hours.” Due to the incessant rains, District Collector and Magistrate Neeraj Kumar Singh announced that there will be a holiday in all schools of the Narmadapuram district today 22 August.

Yesterday District Education Officer informed that the Bhopal administration had also decided to keep all schools closed for a day in the wake of heavy rainfall. The decision came amid heavy rainfall in Bhopal and a ‘red alert’ warning from the Indian Meteorological Department on Saturday about heavy rainfalls in four districts of Madhya Pradesh.

The warning came after intermittent showers continued to lash in large parts of the state. IMD has also predicted rain showers for the next three days in Bhopal. “The fresh spell of rain, which started on Friday evening, is likely to continue until Tuesday,” senior meteorologist Ved Prakash Singh of the IMD’s Bhopal center said.

“A deep depression was active over south Jharkhand and adjoining Chhattisgarh, and it is likely to move west northwestwards in the next 24 hours. It will enter the northeastern part of Madhya Pradesh after weakening into a depression,” he said. Yesterday, heavy rains lashed Chhatarpur; the district is on alert as the water level in rivers rises.