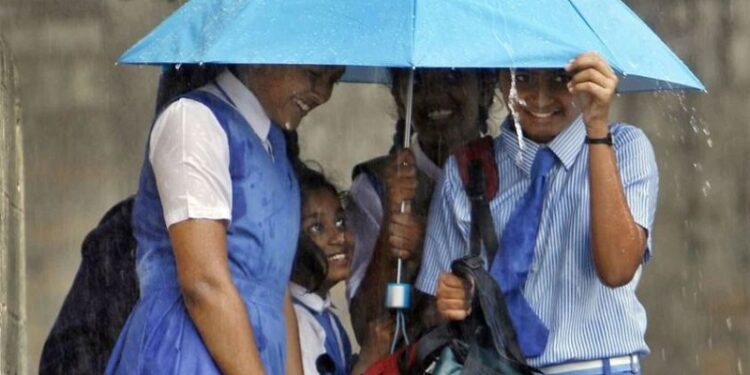 The India Meteorological Department has predicted that there is a possibility of heavy rain in the next 3 hours in many districts of the state including the coast and hilly areas. Heavy Rainfall alert in these places in Karnataka for next 3 hours.

There is a possibility of heavy rain with thunder and lightning in the districts of Tumkur, Davangere, Dharwad, Gadag, Koppal, Bellary, Chitradurga including Coastal and Hill Nadu and the respective District Collectors have been instructed to take precautions.

There is a possibility of heavy rain in the coastal districts of Dakshina Kannada, Uttara Kannada and Udupi and fishermen have been warned not to go into the sea. Forecasts from the India Meteorological Department (IMD) suggest that fairly widespread to widespread light or moderate rainfall with isolated heavy showers (64.5 mm-115.5 mm), thunderstorms and lightning are very likely over Tamil Nadu until next Wednesday, August 31.

IMD issued heavy rainfall alert in these states for next 5 days. IMD issued heavy rainfall alert in Tamil Nadu districts are in for a fresh spell of precipitation starting today. The rains are expected to last for the next five days at least, and all major cities of the state will remain on alert for the duration And during this five-day period, the entire state will remain on yellow watch so as to urge locals to ‘be updated’ about the inclement weather.