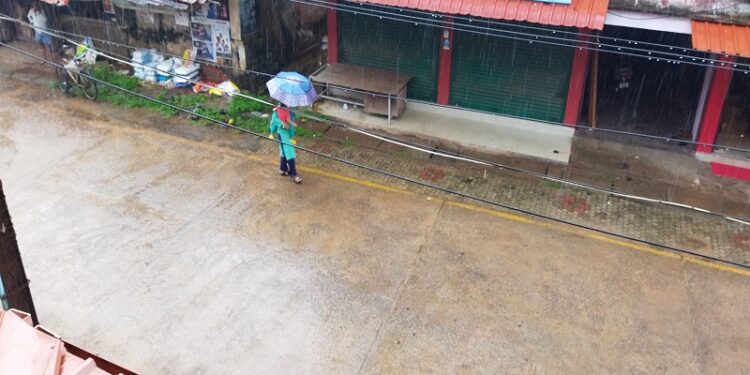 Indian Meteorological Department (IMD) had predicted that conditions would probably get better starting last week. The forecasts have turned out to be accurate, with many parts of the region witnessing rains and thunderstorms over the weekend. Heavy Rainfall alert in Karnataka, Kerala and Tamil Nadu.

The southwestern coastal states are especially parched, receiving mostly deficient rainfall since the beginning of the month. However, earlier forecasts by the It’s interesting to note that the forecast for the following five days appears to be consistent with the mid-range forecasts that predicted more rains in the last ten days of June.

These inclement conditions over the southern states are being driven by an off-shore trough an extended relatively low-pressure area and strong westerly winds dumping moisture along the west coast. Meanwhile, another trough running from south Chhattisgarh to Andhra Pradesh is also attracting moist winds from the seas.

These weather events are likely to team up to induce isolated heavy to very heavy rainfall alert over Kerala, South Interior Karnataka, Goa, as well as the Konkan coast during the next five days. Further, we will also see similar conditions over Telangana and in the coastal regions of Karnataka and Andhra Pradesh this Monday and Tuesday.

However, according to the IMD, an improvement over south-western parts of Andhra Pradesh can be expected by Monday. Accordingly, all of these states have been put on a yellow watch (meaning ‘be updated’) for Monday and Tuesday.

Further, conditions in Karnataka’s capital Bengaluru took a turn for the worse as up to 50 mm of rains and thunderstorms ravaged the city over the weekend, damaging hundreds of vehicles and claiming at least three lives.

Due to these circumstances, the IMD has placed the city under a yellow watch till Wednesday, June 22, and has issued an orange alert for the nearby districts of Shivamogga, Chikkamagalur and Kodagu. In addition, rains on Sunday continued for 90 minutes at a time around Bengaluru’s M Chinnaswamy Stadium, forcing the cancellation of the last T20I match between South Africa and India.