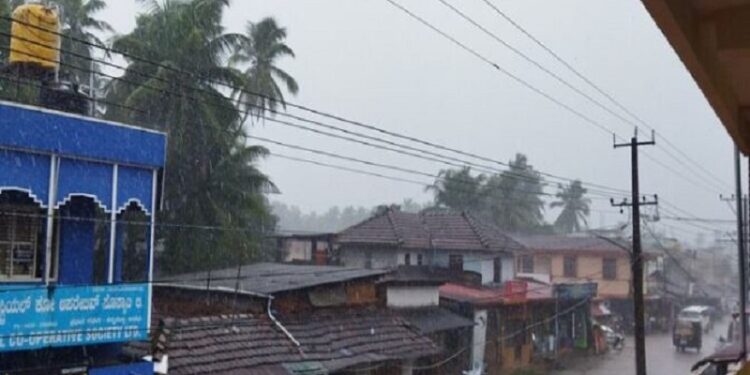 Heavy Rainfall continues in Karnataka. It will heavy rainfall alert in coastal districts for 4 days from today. Heavy Rainfall alert in Dakshina Kannada, Udupi, Uttara Kannada for 4 days. Dakshina Kannada, Udupi, Uttara Kannada are receiving good rains. Thus, Yellow Alert has been announced for the next 4 days. It is raining continuously in Udupi and more than 13 houses have been damaged.

Heavy Rainfall alert will continue today in 10 districts of Karnataka including the coast. Coastal, hilly and many parts of North Karnataka are likely to receive heavy rain today. ‘Yellow Alert’ has been announced in the 3 coastal districts of Uttara Kannada, Dakshina Kannada, Udupi, Kodagu, Hassan, Chikkamagaluru and Shivamogga, in the northern interior districts of Belgaum, Bidar and Raichur today due to heavy rainfall.