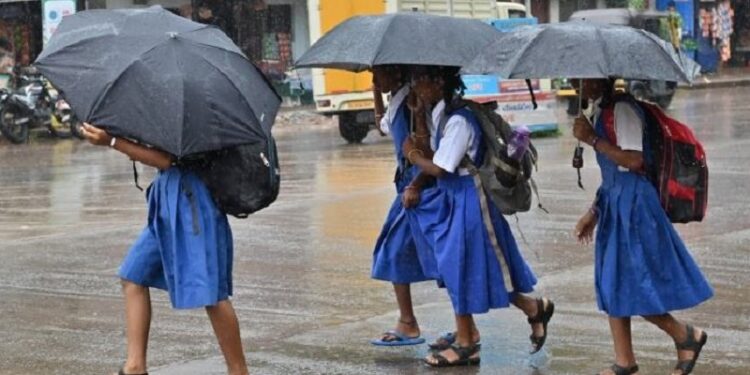 Heavy Rainfall pouring in Kerala from last 3 days, 6 deaths have been reported in Kerala due to heavy rainfall, said Chief Minister Pinarayi Vijayan on Monday while asking the people to be vigilant following the Red and Orange alerts in several parts of the state. Briefing reporters, Vijayan said, “We are expecting more than 200 mm rain within 24 hours. Heavy Rainfall: 6 death, school and colleges holiday declared.

If it continues for days it will be difficult. There is a Heavy Rainfall Red alert in seven districts and an Orange alert in two districts.” The Chief Minister said the state started preparations ahead of the monsoon in March. Speaking further, Vijayan said, “Very heavy rainfall alert in southern districts of Kerala. Six deaths have been reported in Kerala due to rain. One person is missing. Five houses were destroyed in rain. 55 houses were partially destroyed.”

Vijayan said fishermen should not go to sea. Amid Heavy Rainfall lashing parts of Kerala in the past few weeks, India Meteorological Department (IMD) on Monday issued a Heavy Rainfall red alert in Thiruvananthapuram for two days. In view of IMD issuing a red alert in Thiruvananthapuram on Monday and Tuesday, district collector Geromic George declared a schools and colleges holiday including professional colleges for Tuesday.

However, exams will be conducted as per schedule. Kottayam, Pathanamthitta, Idukki, Kollam and Thiruvananthapuram districts are experiencing heavy rains. Water levels in rivers are rising in many places. Many streams overflowed. Earlier in the month of July, the Kannur and Kasargod districts witnessed heavy showers with the rivers of Kasargod overflowing.